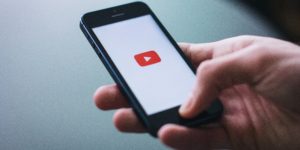 Google’s dominant online video-streaming platform, YouTube, is a social media giant that is a user-friendly and accessible site for most Americans. Unfortunately, all of these qualities also make YouTube a popular platform for extremist groups such as ISIS (The Islamic State of Iraq and the Levant, also known as the Islamic State) to post propaganda content. The Counter Extremism Project (CEP) took a deep dive into this topic with their new report, The eGLYPH Web Crawler: ISIS Content on YouTube, where researchers used two computer programs, a web crawler and eGLYPH, to conduct a limited search for 229 previously identified ISIS terror-related videos. This study, which lasted from March 8, 2018 to June 8, 2018, returned a wealth of knowledge related to ISIS’ use of video propaganda content.

During this three-month period:

CEP makes several recommendations for YouTube/Google moving forward. Consistency in enforcing policy guidelines and transparency regarding hashing efforts to screen for ISIS content are key to preventing ISIS propaganda from proliferating on YouTube. Additionally, though YouTube aims to remove terrorist propaganda content “quickly,” even a video removed within two hours can achieve a high number of views. Better metrics can assist YouTube in effectively and efficiently restricting the spread of terrorist propaganda.