Weapons of Choice? The Expanding, Development, Transfer and Use of Armed UAVs

Unmanned Aerial Vehicles, or UAVs, have significantly proliferated in the last ten years across a host of domains – military, commercial, and consumer. As technological advances continue, the rise in use of armed UAVs and their deployment in a variety of contexts has become increasingly common and increasingly concerning to the international community.

A new report produced by the United Nations Institute for Disarmament Research  (UNIDIR) explores the various facets of the discussion surrounding the increasing use of armed UAVs. In the report, entitled Weapons of Choice? The Expanding, Development, Transfer and Use of Armed UAVs, the author George Woodhams identifies “trends in the development and transfer of armed UAVs that raise new questions about the effectiveness of existing mechanisms to track or control their transfer [and] […] ways in which the expanded use of armed UAVs heightens concerns that the features that make them attractive to militaries may also make them susceptible to misuse.” 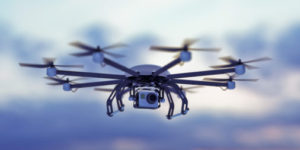 A 2017 UNIDIR study entitled Increasing Transparency, Oversight and Accountability of Armed Unmanned Aerial Vehicles began to parse these issues, but since then, Woodhams indicates that little progress has been made in this domain. The 2017 UNIDIR study noted that “the features of armed UAVs risk lowering political thresholds for the use of force,” and Woodhams states in the 2018 UNIDIR study that, “this is occurring in a strategic environment characterized by increased interstate tensions and a growing concern that international norms designed to limit the use of lethal force are being eroded.” Clearly, the technological advances regarding armed UAVs in combination with an extremely tense security environment, makes this a high-stakes discussion.

As such, Woodhams expresses significant concern that even after the 2017 study, which highlights “situations in which [armed UAVs] have been deployed have been characterized by a lack of clarity as to how international norms apply—particularly when used for targeted strikes outside of traditional battlefields,” that “little progress at the international level on the formation of an inclusive multilateral dialogue with a view to establishing common understandings, practices and standards for armed UAVs” has been made. 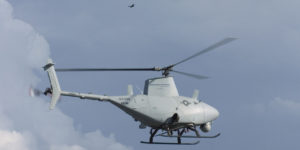 As a conclusion, Woodhams underlines that the rise of armed UAVs “should concern States and
underline the need for common understandings and principles for their transfer and use,” and that,  “developments discussed in this paper add urgency to such proposals, before the continued expansion in the development, transfer and use of armed UAVs create more severe concerns for international peace and security.”

For more information on these issues, check out the resources about unmanned aerial vehicles [UAVs] that are available in the Homeland Security Digital Library. With an HSDL login, you can also check out all the UNIDIR reports that the HSDL has in its collection.

Can’t find what you are looking for, need help finding something else, or still have a question? Ask one of our librarians for assistance!