Violent Crime on the Rise 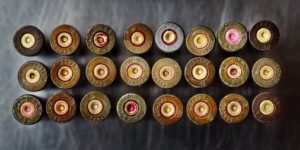 The 2018 National Crime Victimization Survey (NCVS) reports that violent crime has been trending upward since 2015, a stark reversal from the consistent decline which started in the 1990s.

Overall, the survey results present a slow, but steady, rise in violent crimes beginning in 2015. However, the report shows that participants experienced almost twice the incidents of sexual assault in just one year (from 1.4 in 2017 to 2.7 in 2018).

Among the increases in violent crimes, there is only one category that shows decline: robbery, which lowered slightly since 2017, but is still within normal averages in the last five years.

For more information, visit the HSDL Featured Topics. Please note that an HSDL login is required to view some of these resources.