The Office of the Director of National Intelligence (ODNI) issued a Statement for the Record, Worldwide Threat Assessment of the US Intelligence Community, in an open hearing today before the U.S. Senate Select Committee on Intelligence.

The primary threats to US national security identified in this statement include: 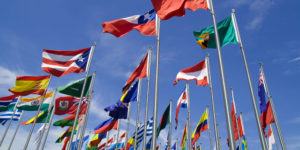 China and Russia pose a potential threat to US security as they aim to position themselves more dominantly in the global economy. Non-state actors, such as ISIS, continue to threaten US and global security through terrorism, arms proliferation, and the propagation of extremist ideologies and societal instability.

The statement also discusses the unique threats that each global region faces in the coming year. These regions include East Asia, the Middle East and North Africa, South Asia, Russia and Eurasia, Europe, Africa, and the Western Hemisphere.

“We face significant changes in the domestic and global environment that have resulted in an increasingly complex and uncertain world. We must be ready to meet 21st century challenges, and recognize the emerging threats. The composition of the current threats we face is a toxic mix of strategic competitors, regional powers, weak or failed states, and non-state actors using a variety of tools in overt and subtle ways to achieve their goals. The scale and scope of the various threats facing the United States, and our immediate interests worldwide, is likely to further intensify this year. It is increasingly a challenge to prioritize which threats are of greatest importance.”

Some of the links in this report require institutional access, click here to read the full statement.