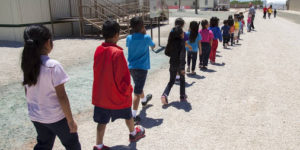 The U.S. Senate Foreign Relations Committee Democratic staff released a report revealing how the Trump Administration used foreign policy to further President’s political aims. Titled “Playing Politics with Humanitarian Protections,” the minority report provides details on the role of the Administration in the abrupt end of the Temporary Protected Status (TPS) extended to nearly 400,000 individuals from El Salvador, Honduras, and Haiti. Significantly, the report highlights how the Administration “intentionally ignored warnings about risks to U.S. national security and the safety” of the affected recipients.

The report, commissioned by U.S. Senator Bob Menendez (D-N.J.), contains over 80 pages of evidence including documents with the Trump Administration political appointees in the State Department “explicitly referencing the 2020 presidential elections in their recommendations to the Secretary of State.” Additionally, the report identifies specific instances where senior State Department officials warn the Trump Administration that terminating TPS would endanger thousands of recipients’ American citizen children if forced to follow their parents back to El Salvador, Honduras, and Haiti.

In conclusion, the report provides a set of recommendations, including the extension or re-designation of TPS, reforming the existing TPS statute, investigating the decision to end TPS and its politicization, as well as restoring foreign assistance for Central America. Furthermore, the report urges the Congress to pass comprehensive legislation on foreign policy and migration system in Latin America and the Caribbean.

For more information, visit the HSDL Featured Topics on Border Security and Immigration. Please note that an HSDL login is required to view some of these resources.