Trouble on the Tracks: The Terrorist Threat to Rail Transportation 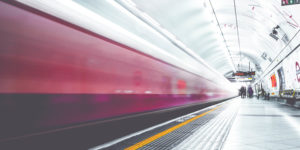 The Mineta Transportation Institute (MTI) recently released “Train Wrecks and Track Attacks: An Analysis of Attempts by Terrorists and Other Extremists to Derail Trains or Disrupt Rail Transportation“. In the report, authors Brian Michael Jenkins and Bruce R. Butterworth examine over 1,000 attempted rail attacks in an effort to reveal the bigger picture. Specifically, the report focuses on four categories of attacks: those involving Maoist guerrillas in India, separatist insurgents in Thailand, assorted jihadist groups, and miscellaneous anarchists and environmentalists, or cause-oriented extremists. Based on these parameters, MTI found 282 attempts to derail trains between 1970 and 2017. Of those 282 attempts, 42% resulted in a train derailment. Separate from the 282 attempted train attacks, 817 other attacks occurred which targeted railway infrastructure such as tracks, bridges, tunnels, and signaling.

The empirical data from the report also reveals the following:

Jenkins and Butterworth ultimately find that, even though bomb and mechanical-caused derailments have both shown an increase over time, “derailment attacks have not increased nearly as much as all other attacks on all passengers in all surface transportation targets (including passenger trains and stations, buses and bus stations and stops, and passenger ferries and ferry terminals). This suggests that adversaries are increasingly going after surface transportation targets, but are concentrating on easier modes of attack.”