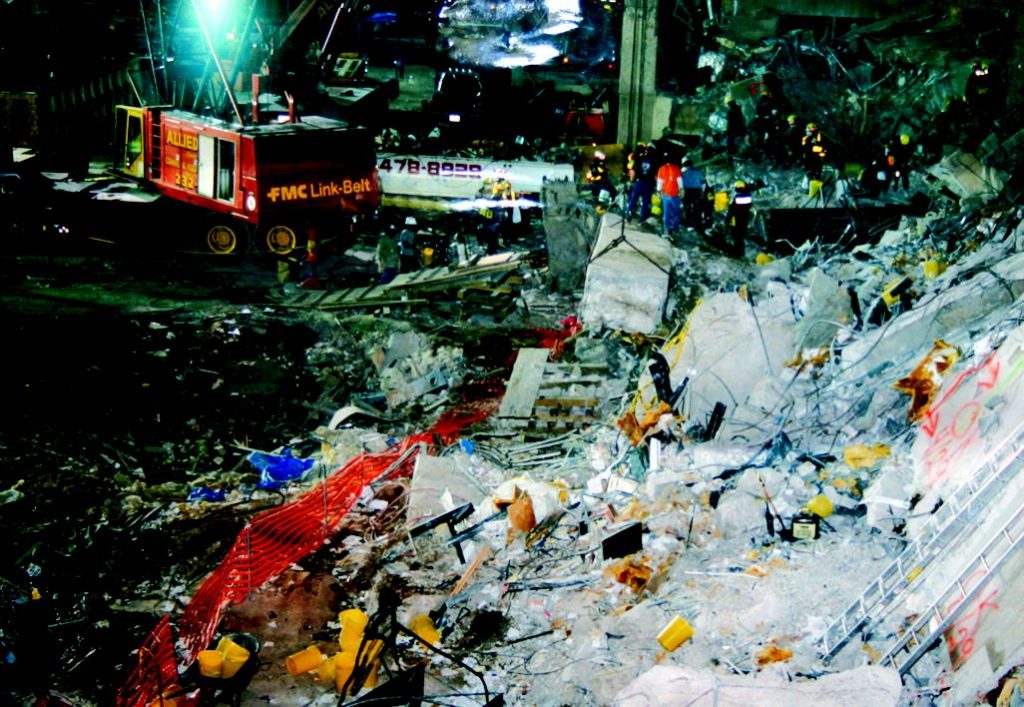 (Credit: FBI) Investigators going through the rubble following the bombing of the World Trade Center.

A bomb exploded in a rented moving truck that was parked in the garage beneath the World Trade Center that resulted in a 100-foot crater that was several stories deep and several stories higher. Six Islamic Fundamentalists were later arrested, tried, convicted, and sentenced to life for the attack, with a seventh plotter at large. —FBI