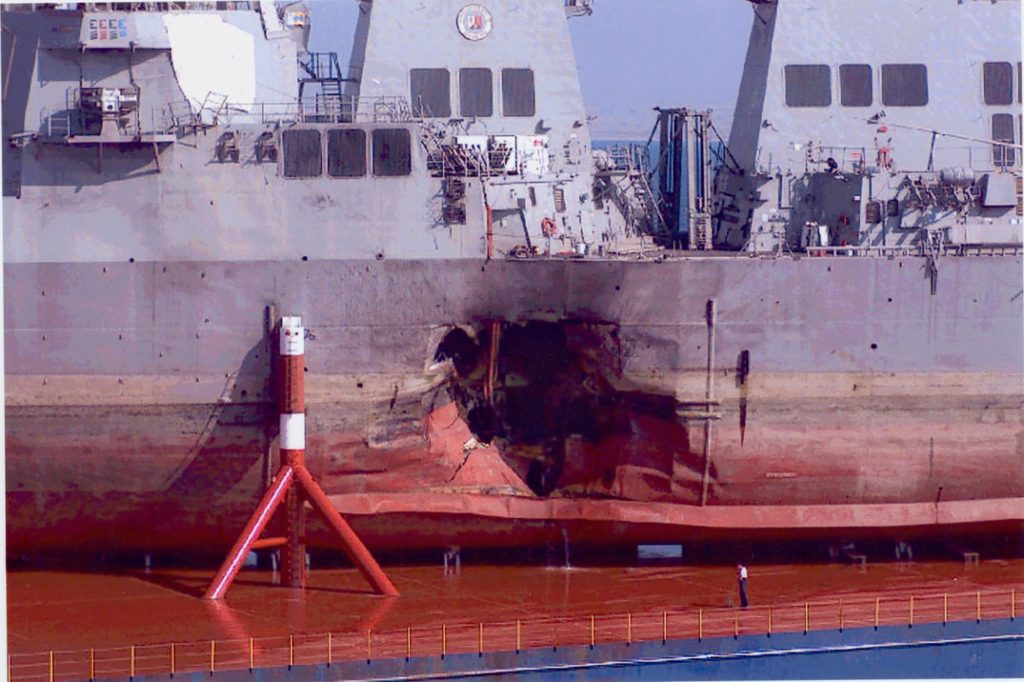 “Suicide terrorists exploded a small boat alongside the USS Cole—a Navy Destroyer—as it was refueling in the Yemeni port of Aden. The blast ripped a 40-foot-wide hole near the waterline of the Cole, killing 17 American sailors and injuring many more. […] The extensive FBI investigation ultimately determined that members of the Al-Qaeda terrorist network planned and carried out the bombing.” — FBI