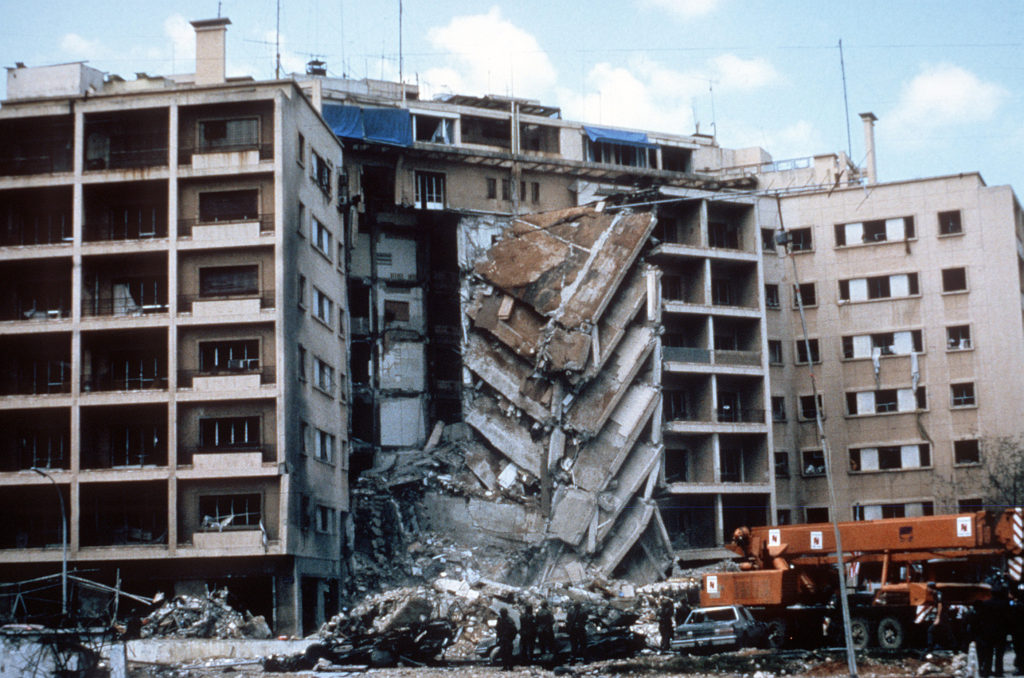 (Credit: US Army) A view of damages to the U.S. Embassy caused by a terrorist bomb attack. Marines are here participating as members of a multinational peacekeeping force.

A suicide bomber crashes a truck into the front of the US Embassy in Beirut, Lebanon before detonating approximately 2,000 pounds of explosives. A Multinational Force composed of U.S. and European military personnel, entered Lebanon to help the Lebanese government maintain stability during the third phase of the Lebanese Civil War, and was met with backlash among extremist groups, namely the  Lebanese Hezbollah and the Islamic Jihad Organization. The Islamic Jihad Organization later claimed responsibility for the bombing. —(CIA)