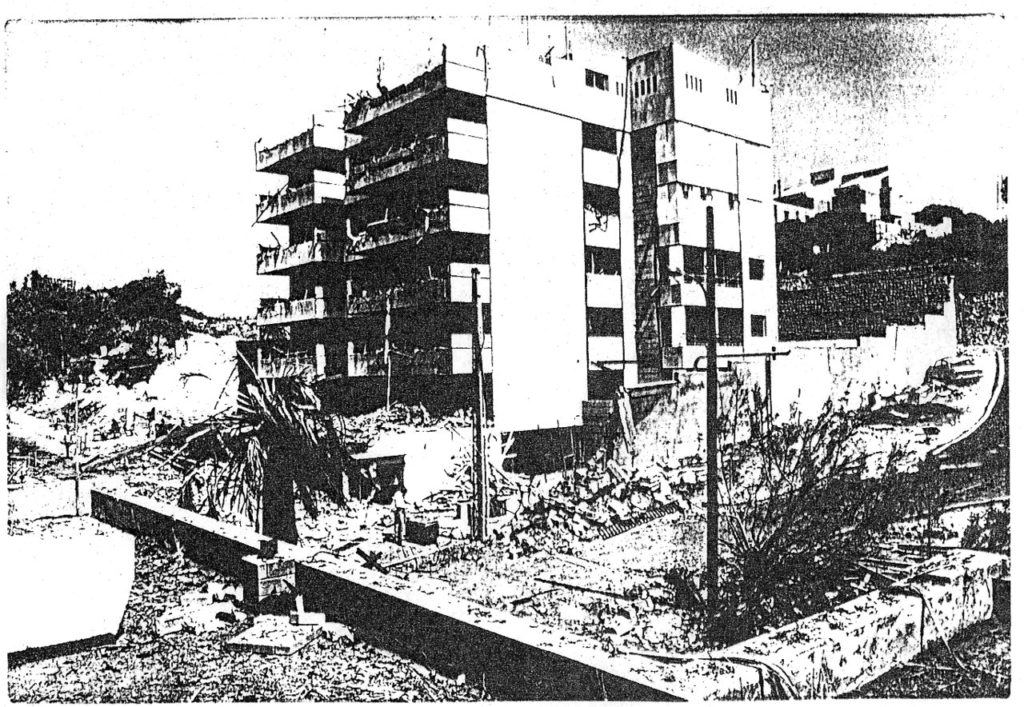 (Credit: Nancy Wong) US Embassy in Beirut, Lebanon (Christian east side) in September, 1984 after a truck bomb

On September 20, 1984, just over a year after the 1983 US Embassy attack, after the United States had relocated embassy operations from West Beirut to Aukar, a Christian suburb of East Beirut, a suicide bomber sped towards the entrance with a van packed with 3,000 pounds of explosives. The driver was shot before reaching his target and lost control, but the vehicle detonated after striking a parked van. The resulting explosion destroyed the front of the embassy, with Hezbollah claiming responsibility under the cover name of the Islamic Jihad Organization.—(US Army CGSC)