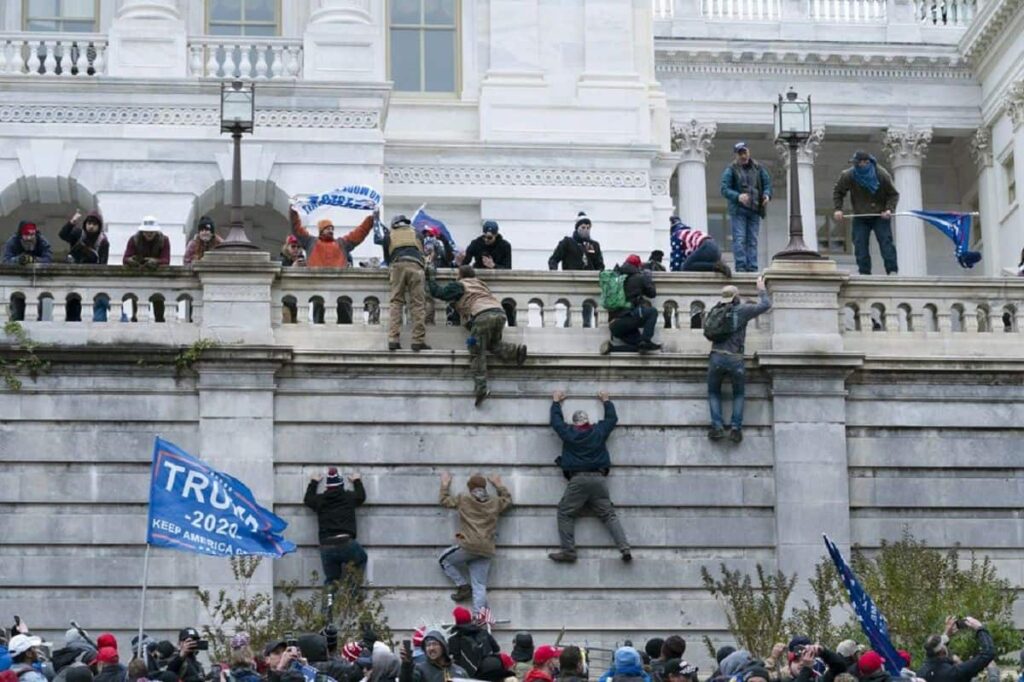 What began as a demonstration against the recent presidential election results turned into a violent attack at the Capitol building, with hundreds of supporters of President Trump breaching security and occupying the federal building for hours. Weeks of unsupported claims of election fraud and attempts to overturn the results by President Trump culminated in an angry mob of supporters quickly overrunning security to try and stop the certification of electoral votes, which would confirm Joe Biden as the next president. Once the breach began, the Senate and House Representative chambers were evacuated, and all buildings in the Capitol complex were put on lockdown.

Authorities safely detonated two explosive devices that had been found at both the Republican National Committee offices and the Democratic National Committee headquarters. Authorities also arrested a man for possession of an unregistered gun, as well as having a cooler full of Molotov cocktails in his vehicle.

By definition, the FBI defines domestic terrorism as “Violent, criminal acts committed by individuals and/or groups to further ideological goals stemming from domestic influences, such as those of a political, religious, social, racial, or environmental nature.” As of January 8, 2020, there has been no official statement calling the riots an act of domestic terrorism from the FBI, though President-elect Biden has stated that the mob was “insurrections, domestic terrorists” (Business Insider)