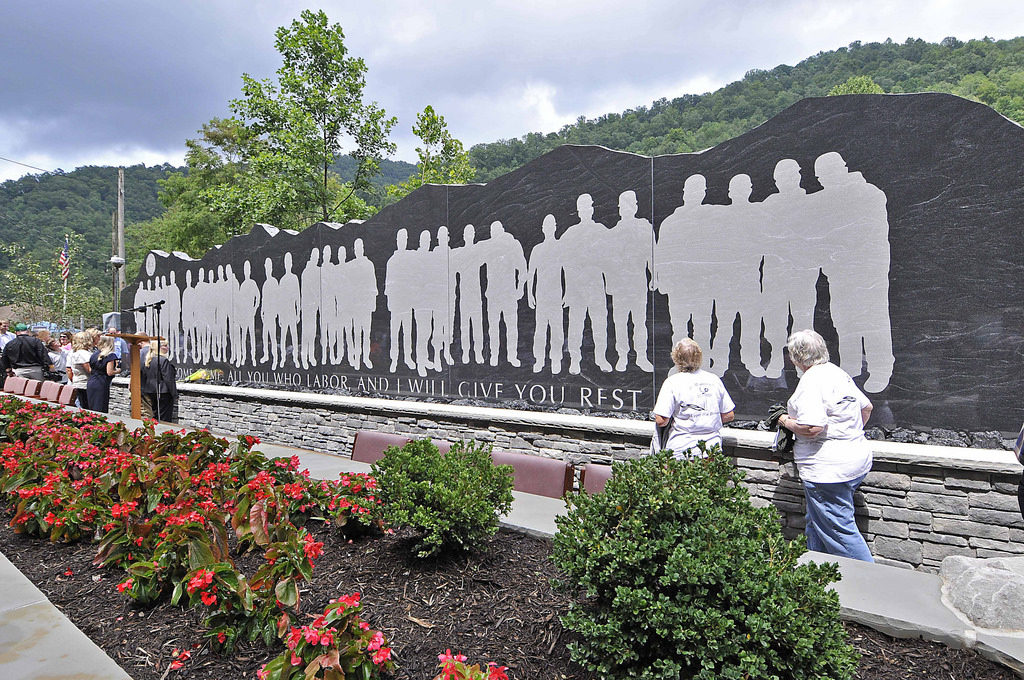 (Credit: Gov. Earl Ray Tomblin) Memorial dedication in Whitesville, WV for the miners who were killed in the mining accident.

In a coal mine located in Montcoal, West Virginia a massive coal dust explosion started as a methane ignition. Massey Energy Co. was found to have had multiple basic safety violations which resulted in the explosion and prevented the assured safety of workers. 31 miners were inside the mine when the explosion occurred, and the rescue and recovery would take approximately four days. Investigations found that Massey Energy Co. had kept two sets of books; one with hazards recorded in Upper Big Branch’s internal production and maintenance book but not in the official examination book.— (US Dept. of Labor)