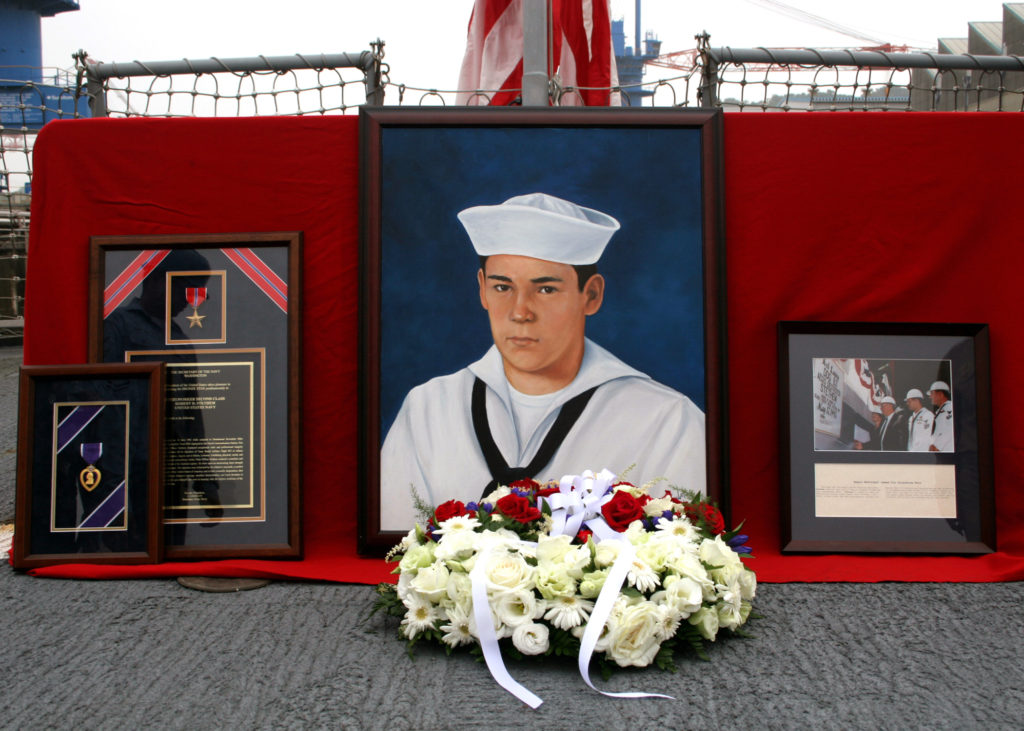 TWA Flight 847 from Cairo to San Diego with stops in Athens and Rome, was hijacked by Mohammed Ali Hamadei, along with an armed accomplice. Over the next 17 days crisscrossing the Mediterranean from Beirut to Algiers, the 153 passengers and crew members were subject to beatings and death threats. On June 15, U.S. Navy diver, Robert Stethem, was severely beaten before being shot in the head and thrown onto the tarmac of the Beirut airport. The goal was to demand the release of Lebanese who were being held in Israeli prisons. Today, the hijackers remain at large.—(FBI)