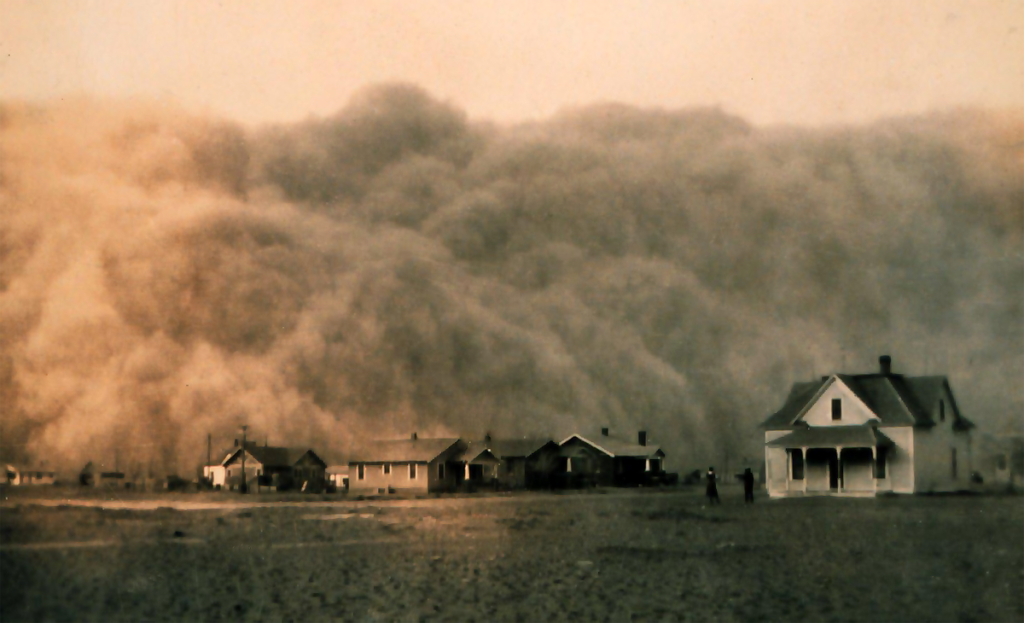 Following in the wake of the Homestead Act, settlers began populating and farming on the Great Plains, planting an abundance of dry-land wheat to try and keep up with demand. Beginning in 1930 and lasting for nearly a decade, the Great Plains suffered a severe drought that would only further destroy the already over-farmed and over-grazed land. When the winds began to sweep across the plains, it caused great dust storms that could completely block out the sun’s light for days. With no hope for farming and making a living, thousands of farm families abandoned their land to flee westward to become migrant laborers. —LOC