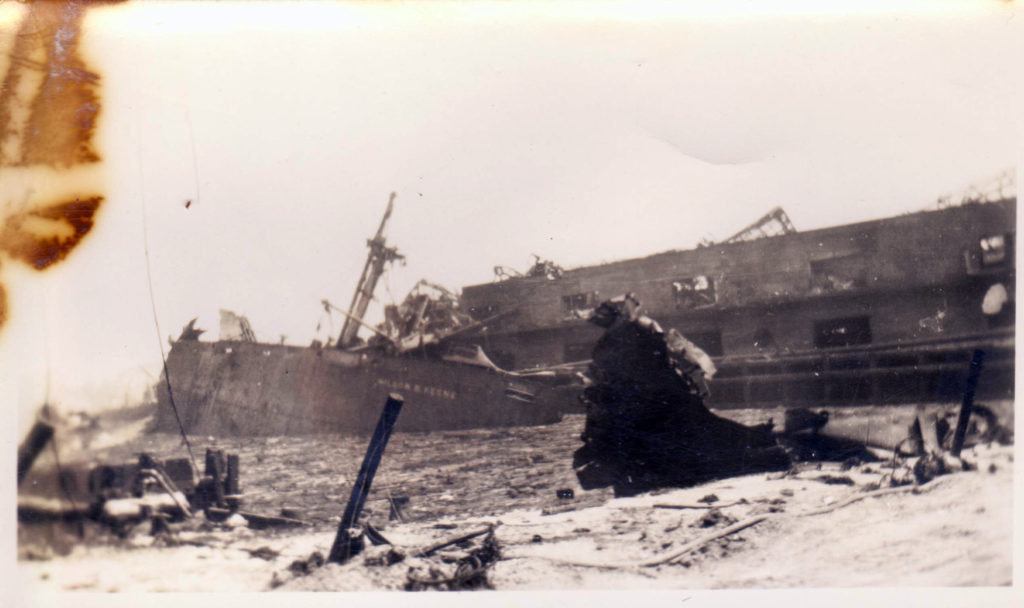 (Credit: Alfred S. Gerson/wiki user)The Wilson B. Keene. The large piece of shrapnel in the foreground is probably a piece of the Grandcamp.

Docked in Texas City, TX, the S.S. Grandcamp, loaded with a cargo 2,300 tons of ammonium nitrate fertilizer, suddenly and mysteriously caught fire. After failed attempts to extinguish the flames, the cargo exploded, launching the cargo 2,000-3,000 feet in the air and causing a 15-foot tidal wave.  The shock could be felt as far as 250 miles away. The S.S. High Flyer, also loaded with ammonium nitrate, ignited and also exploded 16 hours later.—NOAA