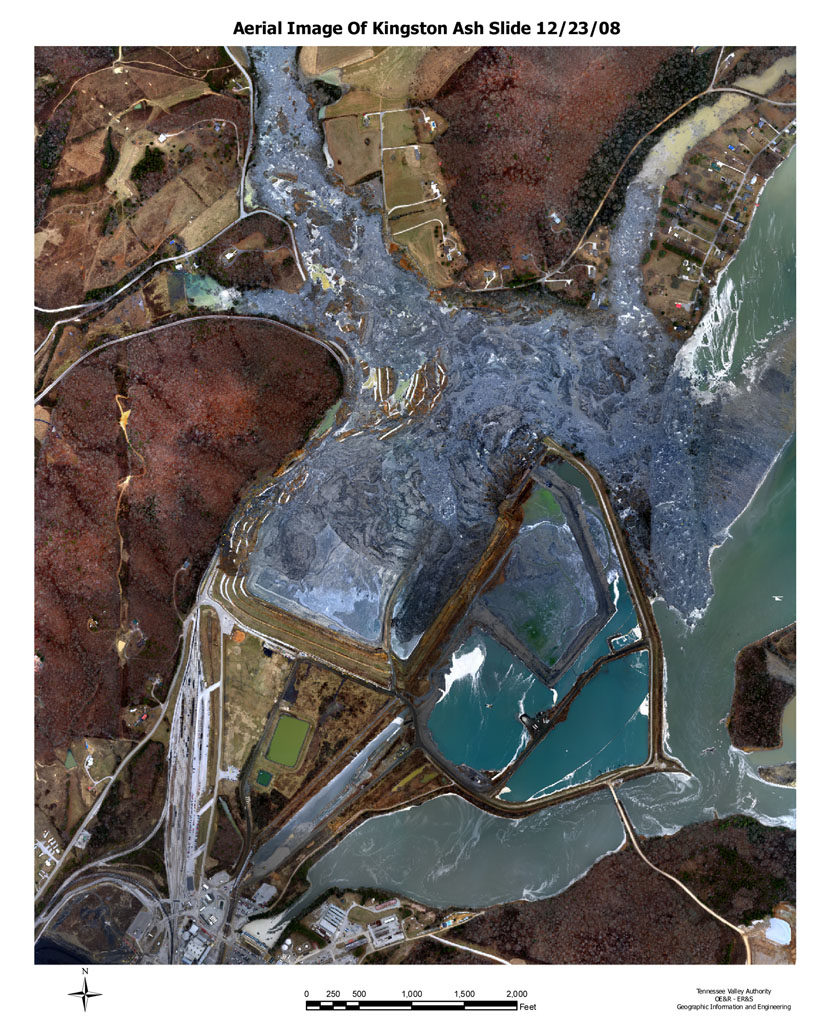 An ash pond dike broke, which released 5.4 million cubic yards of coal ash. The spill covered over 300 acres of Watts Bar Reservoir. Just hours prior, the area had been inspected, and no issues had been reported. Testing on the air, water, and ash began immediately, and the Tennessee Department of Environment and Conservation (TDEC) claimed no immediate threat to human health. A lawsuit against Jacobs Engineering (the company in charge of clean-up under Tennessee Valley Authority) is set for trial in 2018, and will be a test case of whether or not coal ash kills.—(EPA)