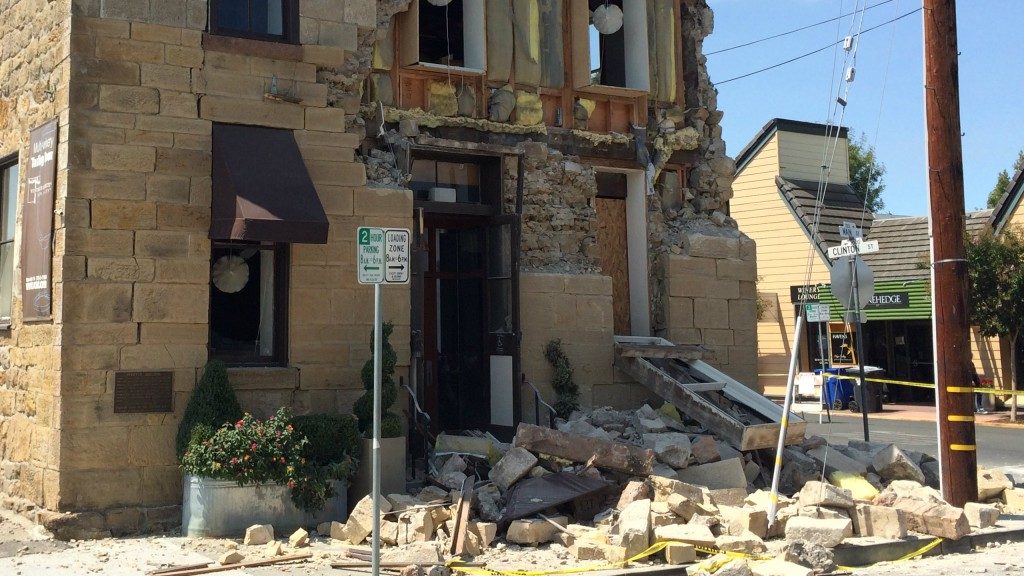 A magnitude 6.0 earthquake hit in South Napa, California. It was the largest earthquake to hit the San Francisco Bay Area in 25 years and could be felt as far as 300 km away to the east of Reno, Nevada. Following the earthquake was more than 60 aftershocks that ranged from 0.6-3.6 in magnitude.—USGS