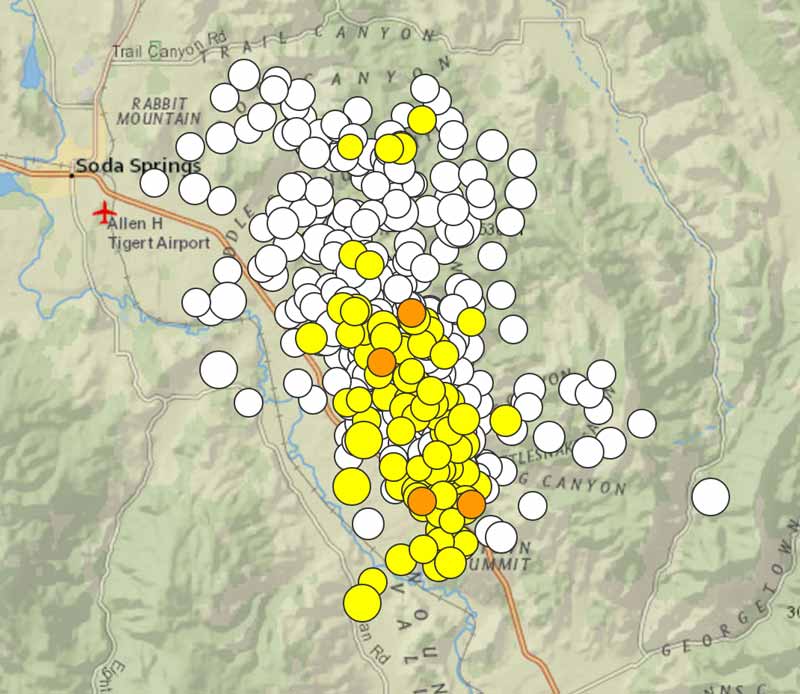 Following a magnitude 5.3 earthquake east of Soda Springs, Idaho was a sustained and highly active sequence of aftershocks that were not typically present after earthquakes of this size. The earthquake was due to normal faulting found in the Intermountain Seismic Belt.—(USGS)