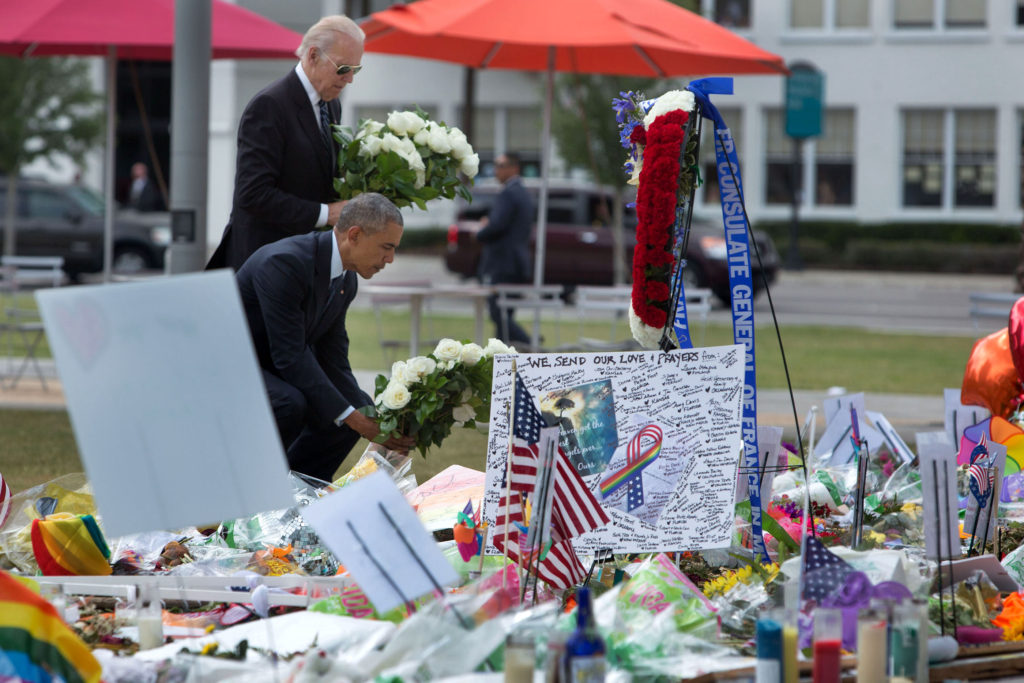 President Barack Obama and Vice President Joe Biden place bouquets of flowers at a memorial for the victims of the terrorist attack at the Pulse nightclub, at the Dr. Phillips Center for the Performing Arts in Orlando, Fla., June 16, 2016. (Official White House Photo by David Lienemann)

“Omar Mir Seddique Mateen, 29, armed with a rifle and a handgun, began shooting patrons inside Pulse nightclub in Orlando, Florida. Law enforcement officers entered the nightclub and engaged the shooter. The shooter then barricaded himself inside a bathroom with hostages for approximately three hours. Forty-nine people were killed; 53 were wounded. The shooter was killed in an exchange of gunfire with law enforcement officers after they breached the building.” — FBI, Active Shooter Incidents