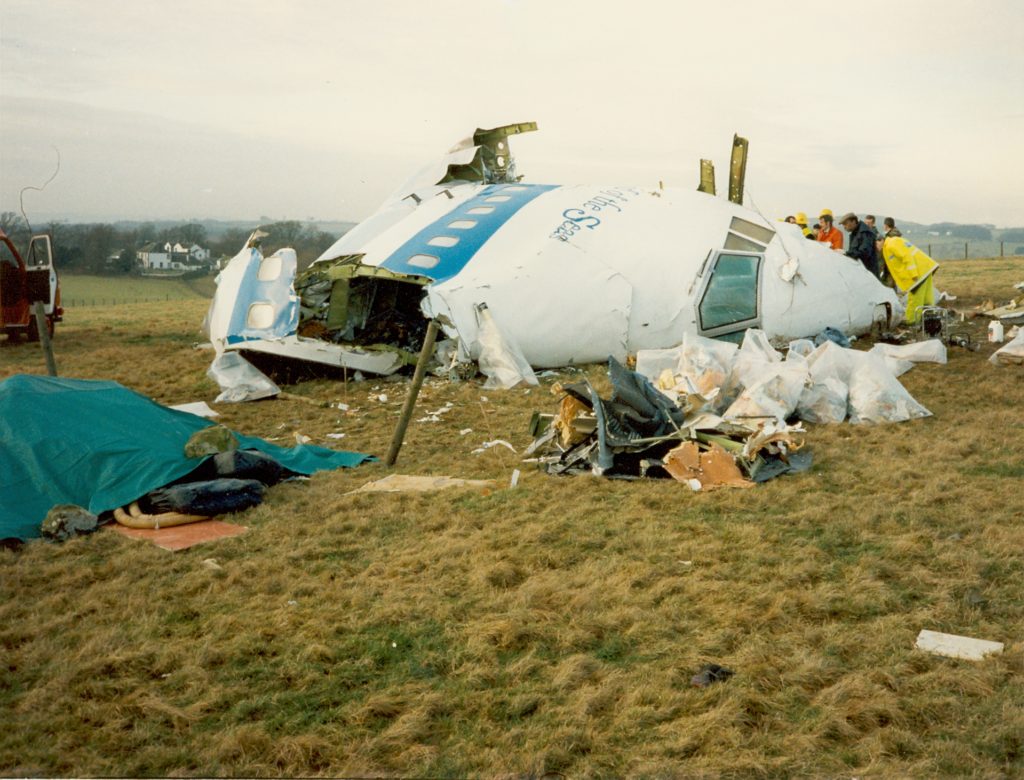 Pan Am Flight 103 departed from London’s Heathrow Airport, bound for New York City. However, just 40 minutes into the flight, the plane exploded 31,000 feet up in the skies above Lockerbie, Scotland. Evidence found at the scene of the crash led investigators to two Libyan intelligence operatives, who had constructed the bomb and had then concealed it in a cassette recorder and hid it in a suitcase which was then placed on board. Until the September 11, 2001 attacks, this attack was the deadliest terror attack on American civilians.—(FBI)