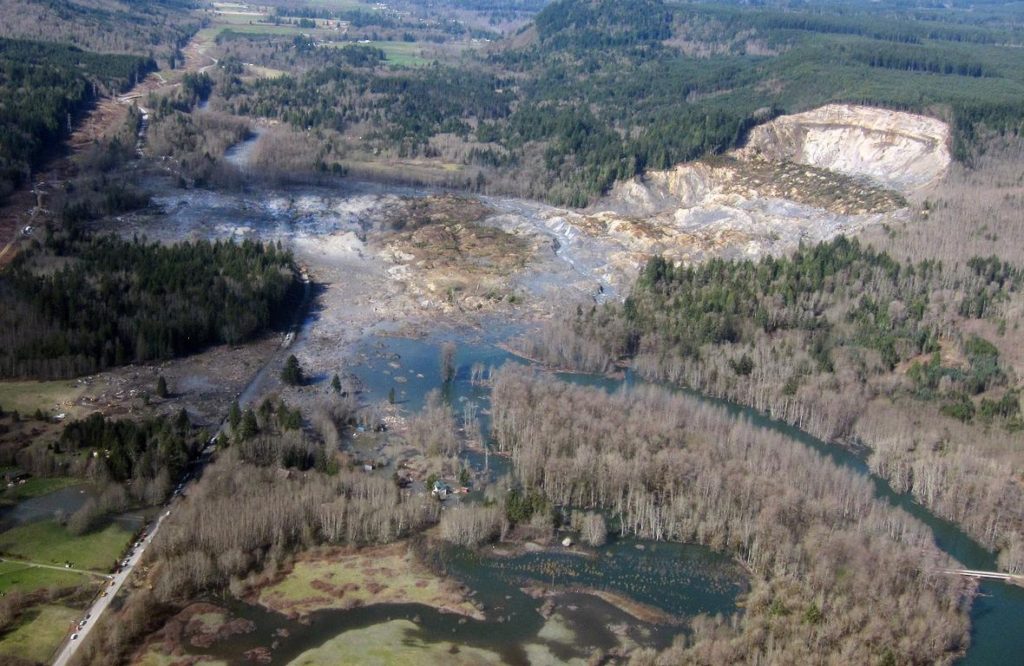 “A large landslide occurred in northwest Washington[…], leading to tragic loss of life and destruction of property. Landslide debris covered about 40 homes and other structures as well as nearly a mile of State Route 530. It also caused 43 fatalities in the community of Steelhead Haven near Oso, Washington. This event is commonly named the ‘Oso Landslide’ in many official reports. It is also referred to as the ‘SR530 Landslide,’ as named by Snohomish County and Washington State.”  — One Year Later – The Oso Landslide in Washington