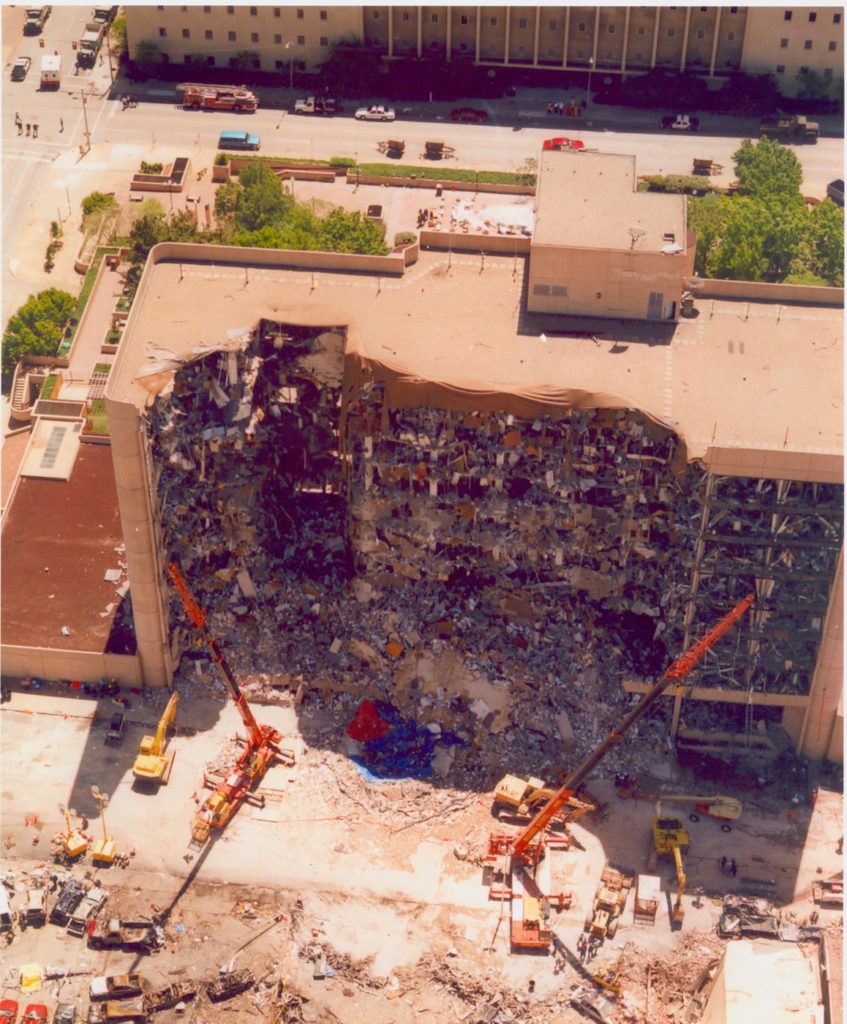 (Credit: FBI) The north side of the Alfred P. Murrah Federal Building in Oklahoma City after the explosion.

A bomb ripped through the Alfred P. Murrah Federal building in downtown Oklahoma City. Timothy McVeigh, and ex-Army soldier and security guard, had manufactured homemade explosives using agricultural fertilizer, diesel fuel, and other chemicals, and set the bombs with a timed fuse. He was arrested just 90 minutes after the explosion, when an officer stopped him for a missing license plate, and for carrying a concealed weapon.  —(FBI)