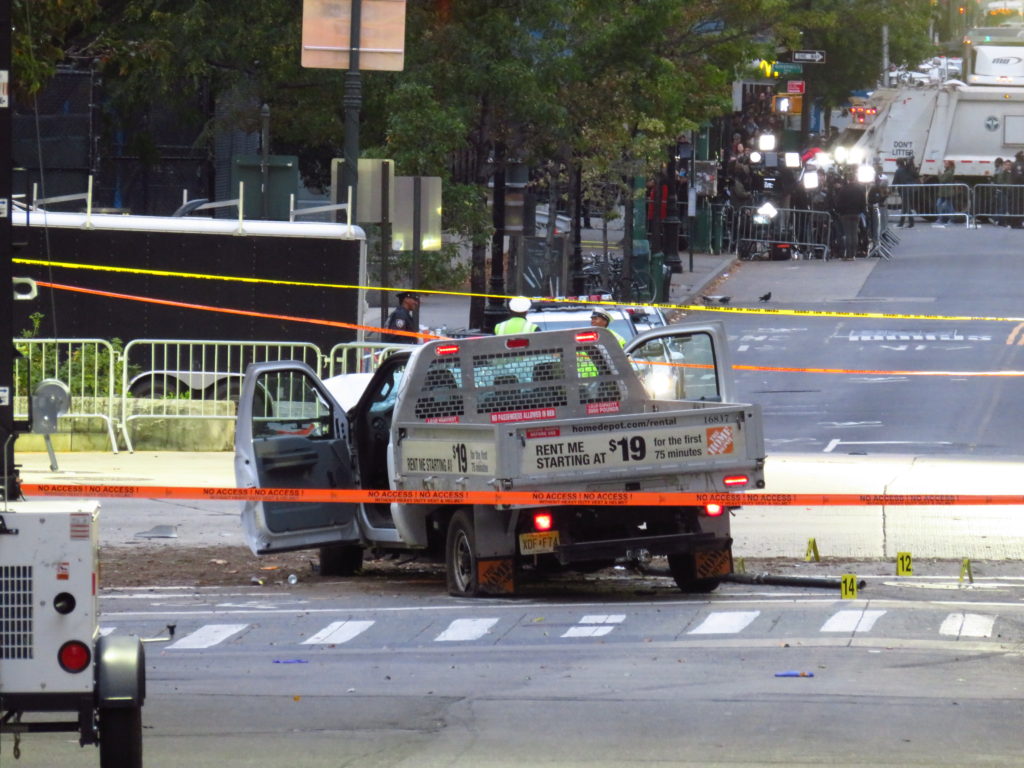 (Credit: Gh9449, Own work/Wikimedia Commons) The rental truck used by the suspect at Chambers Street in NY.

Sayfullo Habibullaevic Saipov drove down a crowded bicycle and pedestrian path near the World Trade Center in Manhatten, New York. He drove on the pathway for several blocks, striking numerous people. He was finally brought to a halt when his truck collided with a school bus. He was shot and taken into custody. Near the rented truck, authorities found a note stating that the attack was made in the name of ISIS. —Department of Justice