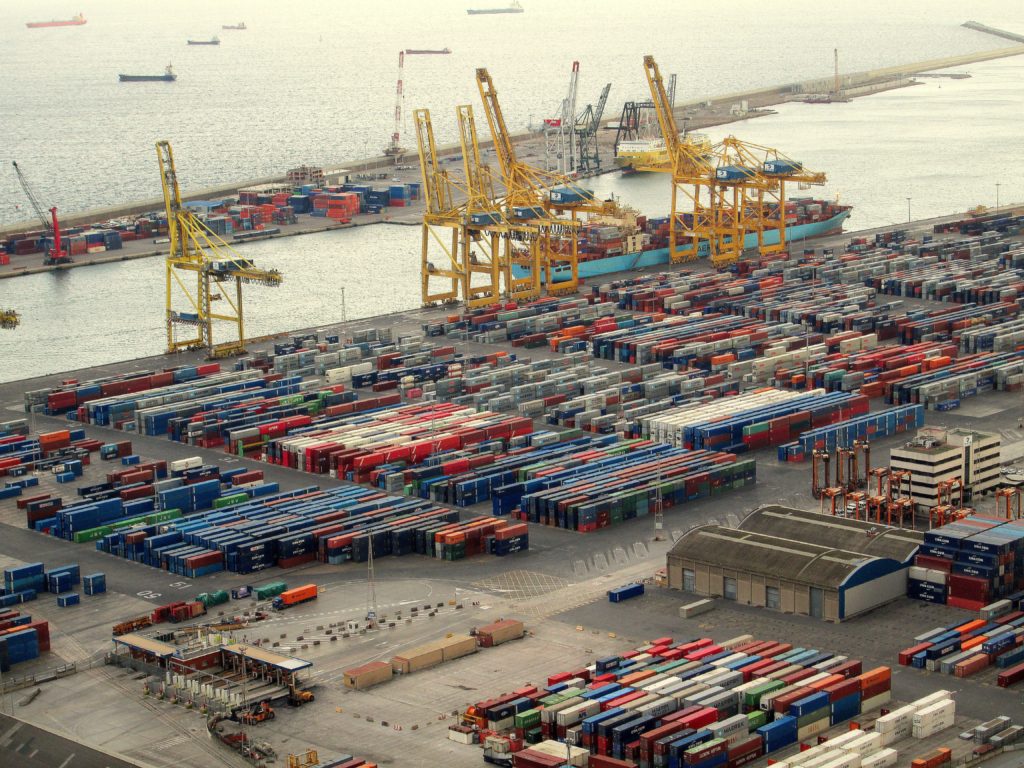 Containers and ships at a busy port.

“Even before the terrorist attacks of September 11, 2001, government officials and security experts were concerned about the security of U.S. ports. In the fall of 2000, the Interagency Commission on Crime and Security in U.S. Seaports noted the vulnerability of U.S. seaports to terrorism. The report noted that while the FBI then considered the threat of terrorist attacks on U.S. seaports to be low, their vulnerability to such attacks was high. To address the concerns raised in the report, Senator Hollings introduced S. 1214,the Maritime Transportation Security Act of 2001 on July 20, 2001. On November 14, 2002, Congress passed S. 1214, as amended, the Maritime Transportation Security Act of 2002 (MTSA), and the President signed it into law as P.L. 107-295 on November 25, 2002.” — CRS