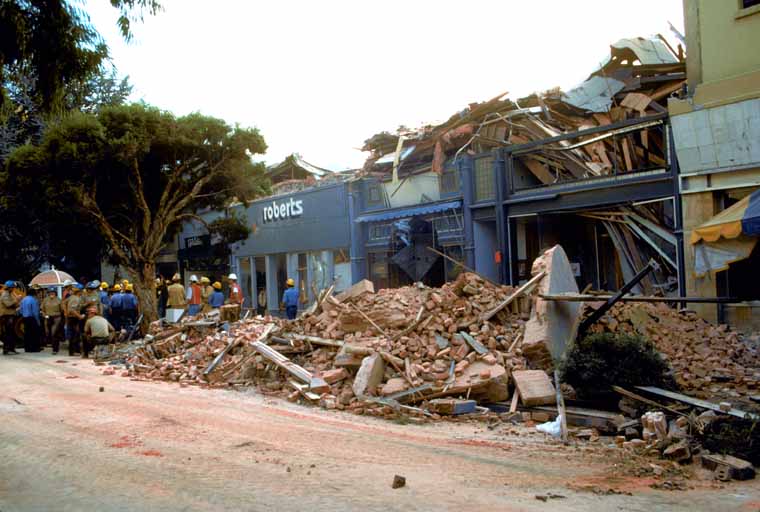 A magnitude 6.9 earthquake  struck approximately 10 miles northeast of Santa Cruz, CA, near Loma Prieta peak in the Santa Cruz Mountains (approximately 60 south southeast of San Francisco). Due to the sports coverage of the 1989 World Series, it became the first major earthquake in the United States that was broadcast live on national television. It was the largest earthquake to occur on the San Andreas fault since the great San Francisco earthquake in April 1906.—(USGS)