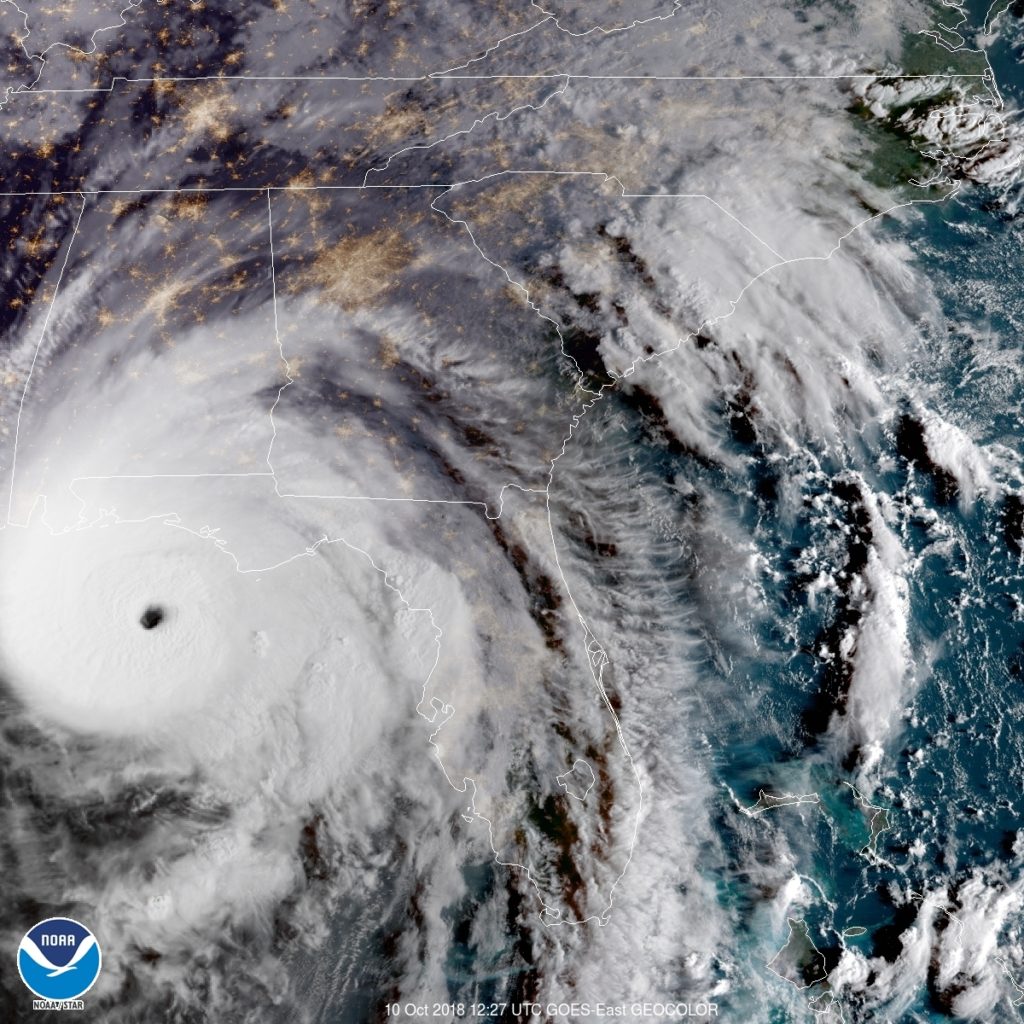 Hurricane Michael in the Gulf of Mexico as it approaches the Florida Panhandle. (Credit: U.S. Navy/NOAA)

Hurricane Michael was the strongest in terms of maximum sustained wind speed to strike the contiguous United States since Hurricane Andrew in 1992.  The National Hurricane Center monitored the broad area of low pressure as early as October 2, 2018 in the Caribbean, and by October 7th, detected an organized convective pattern to classify the system as a tropical depression–(NHC). The storm made landfall near Mexico Beach, Florida on October 10, 2018 as a Category 4, leaving a trail of devastation in its wake. By October 8th, Florida Governor Rick Scott declared a state of emergency for 35 counties, and roughly 375,000 people were instructed to evacuate–(Independent). As it moved inland, its intensity diminished, until finally weakening to a tropical storm roughly 12 hours after it made landfall–(NHC).