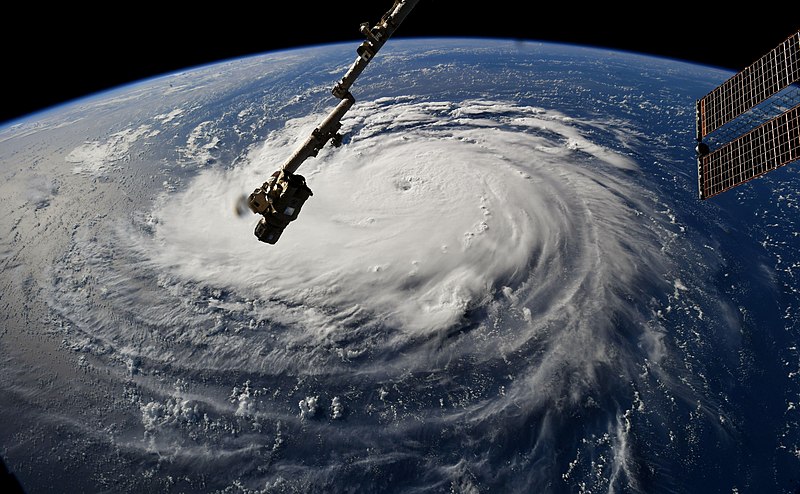 Hurricane Florence as seen from the ISS on September 10, 2018 (Credit: NASA)

At 16:00 UTC on September 10, Florence again became a Category 4 hurricane, later reaching a new peak intensity with 1-minute winds of 140 mph. It lessened to a Category 1 by the time it made landfall on September 14, 2018, but a high-pressure ridge slowed Florence’s forward motion for several days, all the while dropping heavy rain. Mandatory evacuation orders began on September 10, 2018 for both residents and tourists on the coastal regions of North Carolina, South Carolina, and the low-lying coastal regions of Virginia. Both North and South Carolina saw record rainfall, with an area in North Carolina seeing nearly 36 inches.

Thousands of people were displaced, and major flooding also submerged a number of farms housing thousands of chickens and hogs, leading to the threat of contamination of water supplies. (Waterkeeper Aliiance)