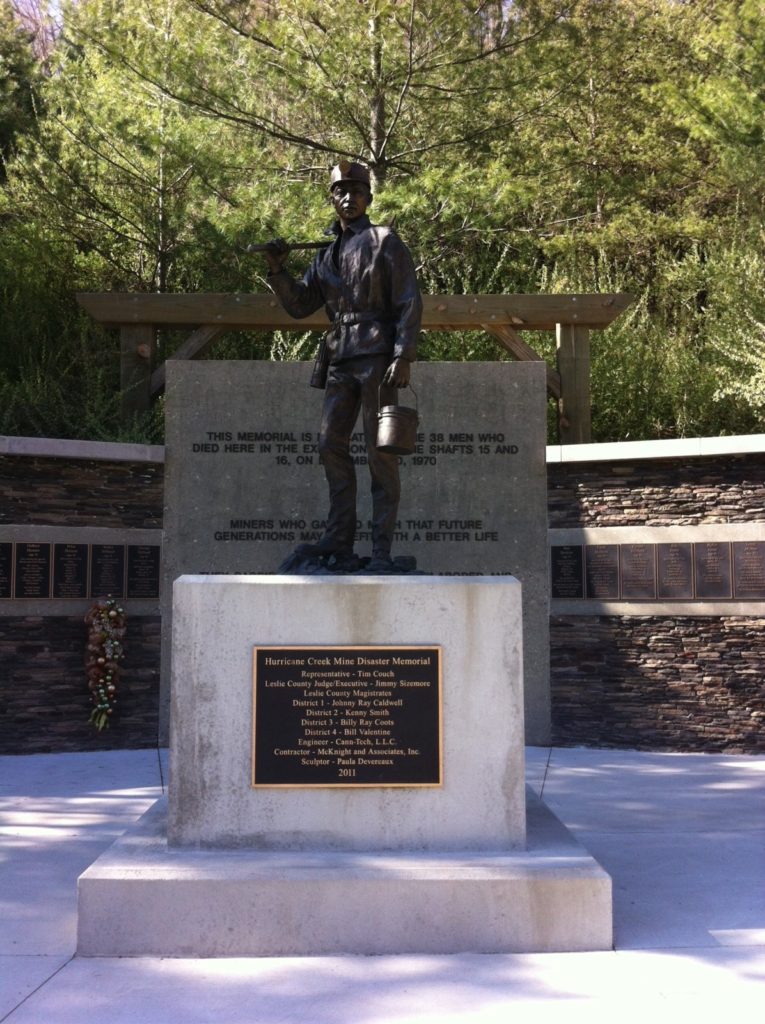 (Credit: Upike94/wiki user) Finely Mine Memorial (Hurricane Creek) in Kentucky for those 38 men who were killed in the explosion.

A blast tore through mine shafts 15 and 16 Finely Mine. Just a month earlier, the Bureau of Mine had declared the mine an imminent danger, but had not ceased its operations. After investigations and testimony from three miners it was concluded there had been dynamite and primacord at the mine site, both of which were banned by the new Federal Coal Mine Health and Safety Act that had been signed into law the year before.—(Kentucky.gov)