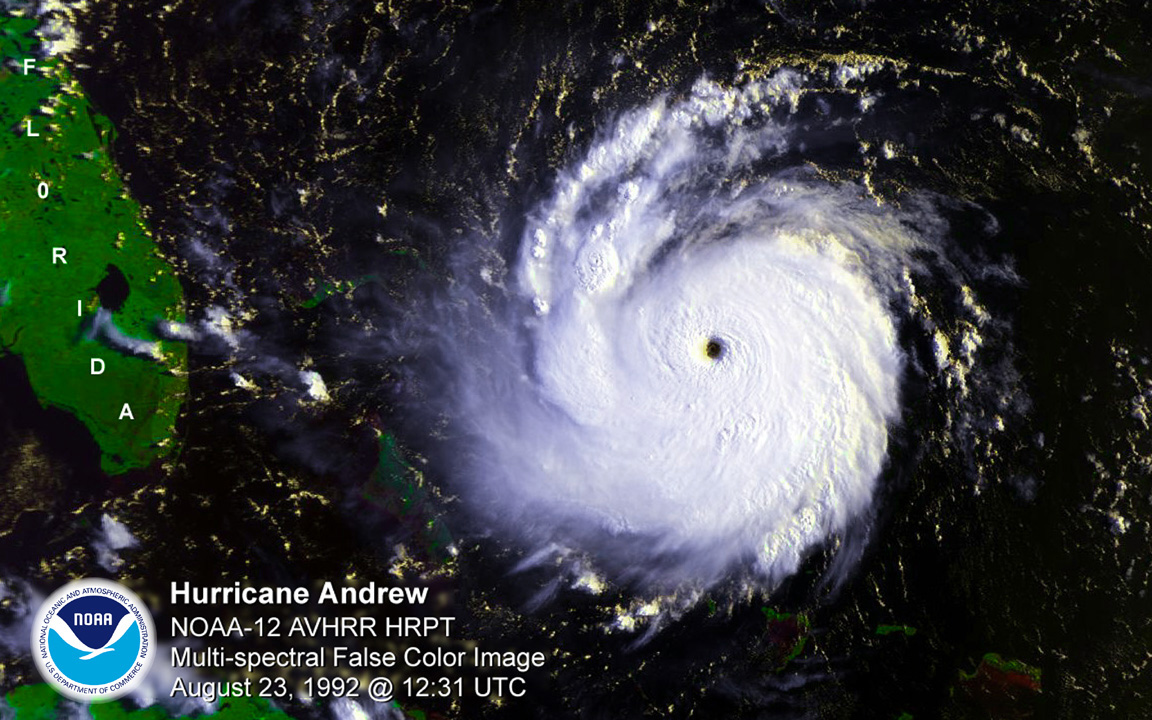 Although it spent most of its life as a tropical cyclone, its high winds left extensive damage to the Bahamas, Louisiana, and Florida, making landfall in south Florida as a Category 5 hurricane, with the maximum sustained surface wind speed estimated at about 145 mph. Until Hurricane Irma, it was the most destructive to ever hit Florida, and is still one of the costliest hurricanes to date–(NHC). Florida governor at the time, Governor Lawton Chiles, declared a state of emergency and nearly 1.2 million people evacuated the Florida coast, with thousands more evacuating further inland. In Louisiana, Governor Edwin Edwards also declared a state of emergency, and about 1.25 million people evacuated from central and south Louisiana.   The storm damaged 241 oil and gas facilities, and toppled 33 platforms along the Gulf Coast, causing roughly $500 million in damages to oil facilities.