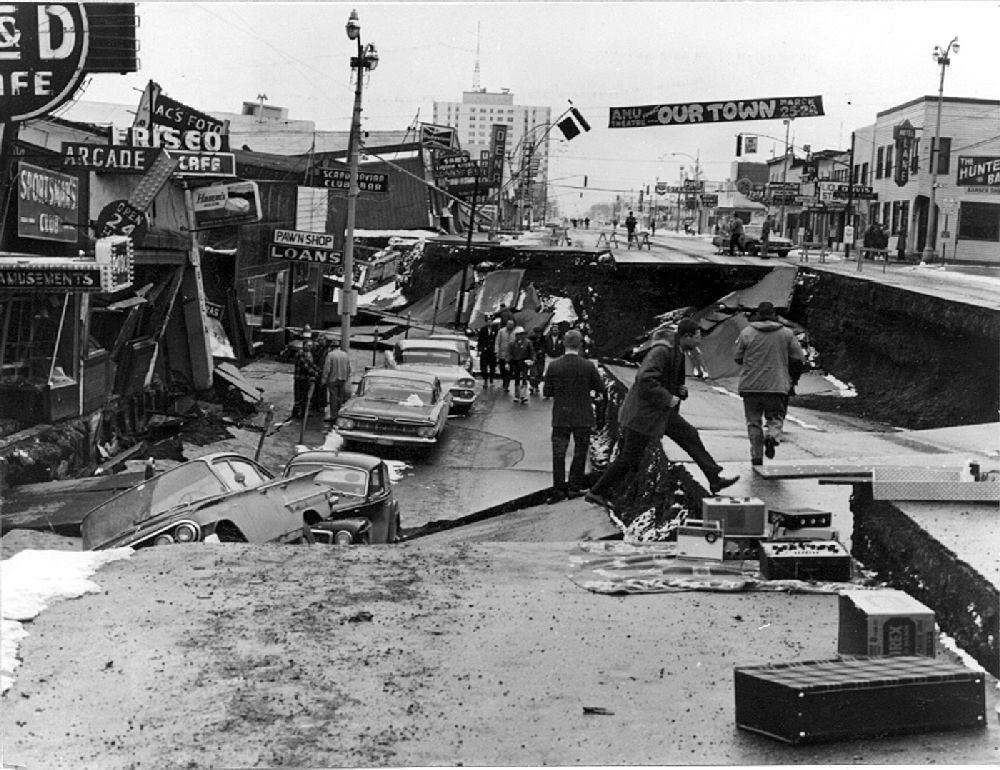 (Credit: U.S. Army) Collapse of Fourth Avenue near C Street in Anchorage due to a landslide caused by the earthquake.

A magnitude 9.2 earthquake struck in the Prince William Sound region of Alaska. It lasted for approximately 4.5 minutes, and is the most powerful earthquake recorded in U.S. history. It is the second largest earthquake ever recorded and triggered tsunamis with a run-up of more than 100 feet.—(USGS)