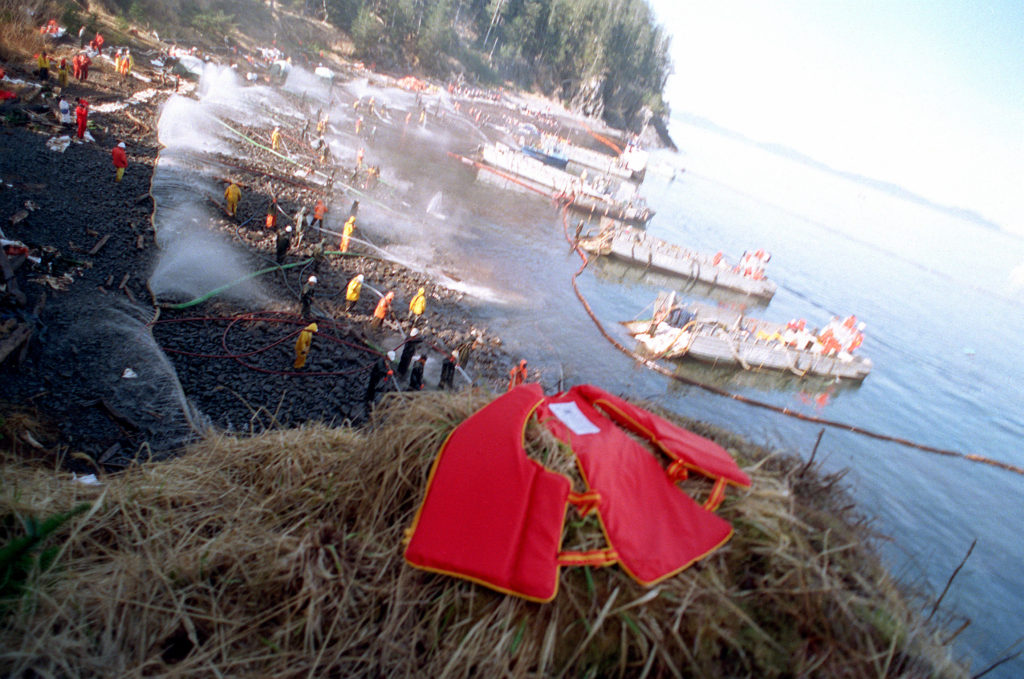 Oil tanker Exxon Valdez struck Bligh Reef in Prince William Sound, Alaska, spilling more than 11 million gallons of crude oil. Due to the remote location of the spill–it was accessible only by boat or helicopter–cleanup efforts were challenging, and it put current preparedness plans to the test. In the aftermath of the Exxon Valdez incident, Congress passed the Oil Pollution Act of 1990, which required the Coast Guard to strengthen its regulations on oil tank vessels and oil tank owners and operators.—FEMA