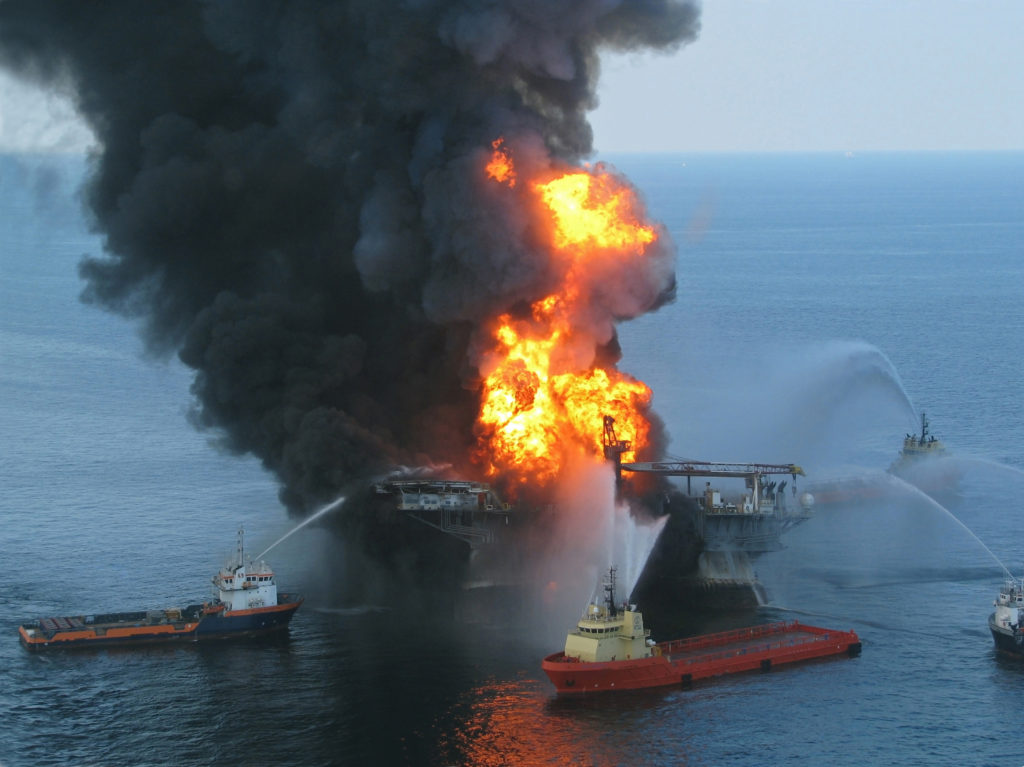 The oil drilling rig Deepwater Horizon, which was owned and operated by Transocean and drilling for BP, operating in the Macondo Prospect in the Gulf of Mexico, exploded and sank. In 87 days following the explosion, approximately 210,000,000 gallons of oil were spilled around 68,000 square miles of the Gulf before finally being capped on July 15, 2010. It is the largest spill of oil in the history of marine oil drilling in the United States.—(EPA)