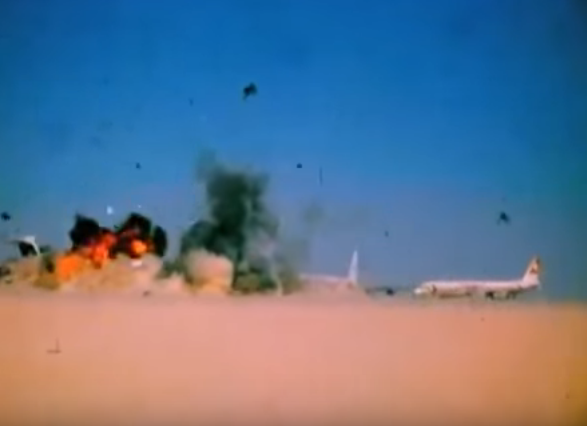 (Credit: Jordanian Press) Aircrafts blown up in Jordan in front of international press on September 2, 1970

In the month of September 1970, four aircraft bound for New York City and one for London, were hijacked by members of the Popular Front for the Liberation of Palestine (PFLP). Three of the aircraft were forced to land at Dawson’s Field, located in a remote desert near Zarka, Jordan. Once aircraft were emptied, the PFLP used explosives to destroy the empty planes. There was a total of 310 hostages, a majority of them freed on September 11, while 56 were kept in custody until September 30 in exchange for one of the hijackers and three PFLP members being held in a Swiss prison.