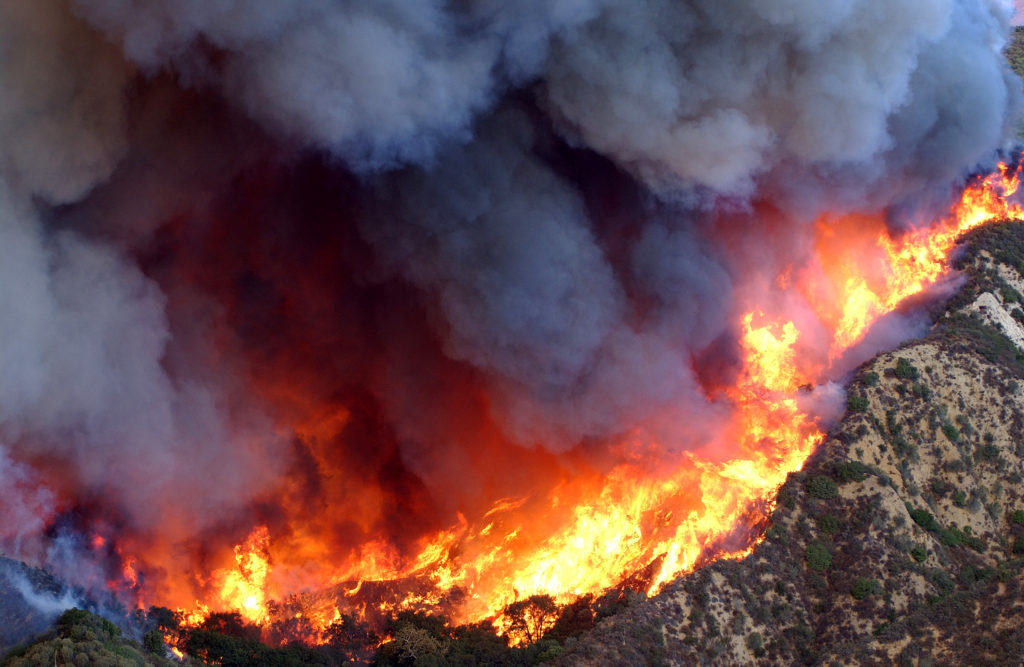 Dry weather and high winds contributed to a series of wildfires that broke out in Southern California. There were 14 fires that are part of the October Fire Siege: Roblar 2, Grand Prix/Padua, Pass, Piru, Verdale, Happy, Old, Simi, Cedar, Paradise, Mountain, Otay and Wellman. The first fire (Roblar 2 Fire) was ignited in the practice range at Camp Pendleton Marine Corps Base at would kick off the siege. The Cedar fire would be recorded as the largest wildfire in California’s history at the time, consuming 273,246 acres and claiming 14 lives. By the time containment was reached,the fire siege had taken a drastic toll on the state. —(CalFire)