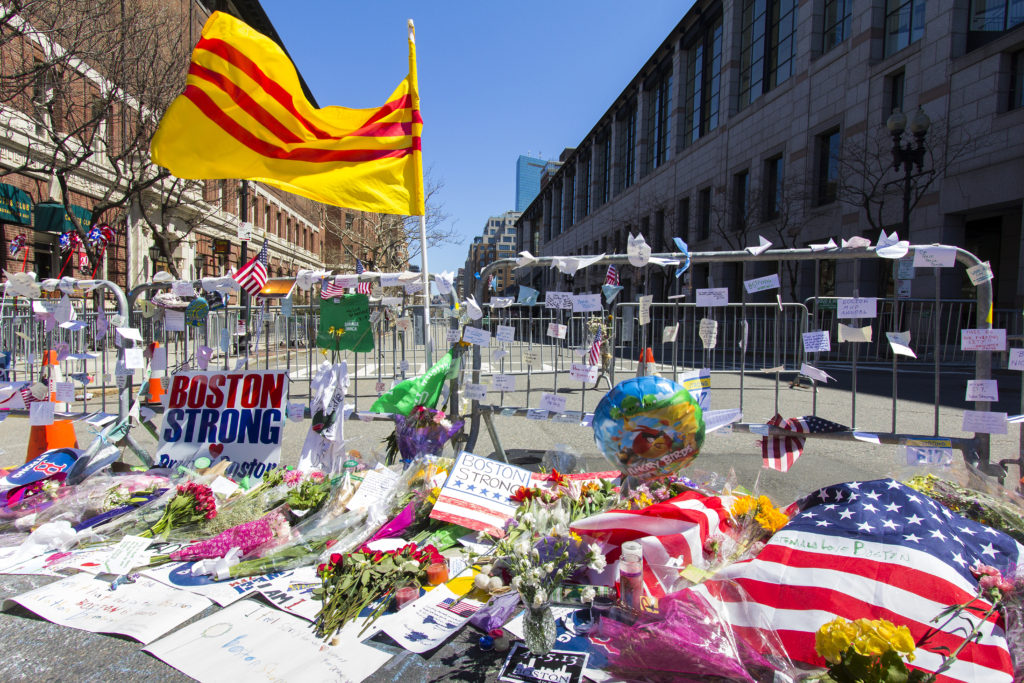 BOSTON, USA – APRIL 21: Locals and tourists left a lot of mementos and messages of courage at the several improvised memorials of the 2013 Boston Marathon bombing along Boylston St. on April 21, 2013. — Shutterstock

At the annual Boston Marathon, 282 people were injured and four were killed, including an MIT police officer, when two pressure-cooker bombs exploded near the crowded finish line.