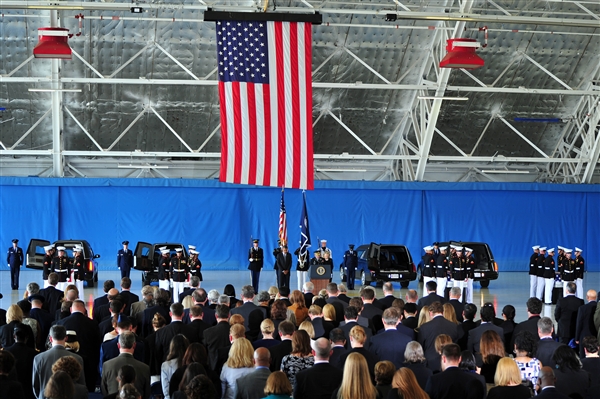 The American diplomatic compound in Benghazi, Libya was attacked by members of Ansar al-Sharia at 21:40. The group launched a mortar attack at a CIA annex the next morning at 04:00, approximately one mile away. Although the attacks were thought to be caused by a recently released anti-Muslim video, later investigations found it had been premeditated. Whether or not US officials had information that could have prevented the attacks has since been highly scrutinized. In the aftermath, many Libyans prominently condemned the attacks and the use of violence. —U.S. House of Representatives