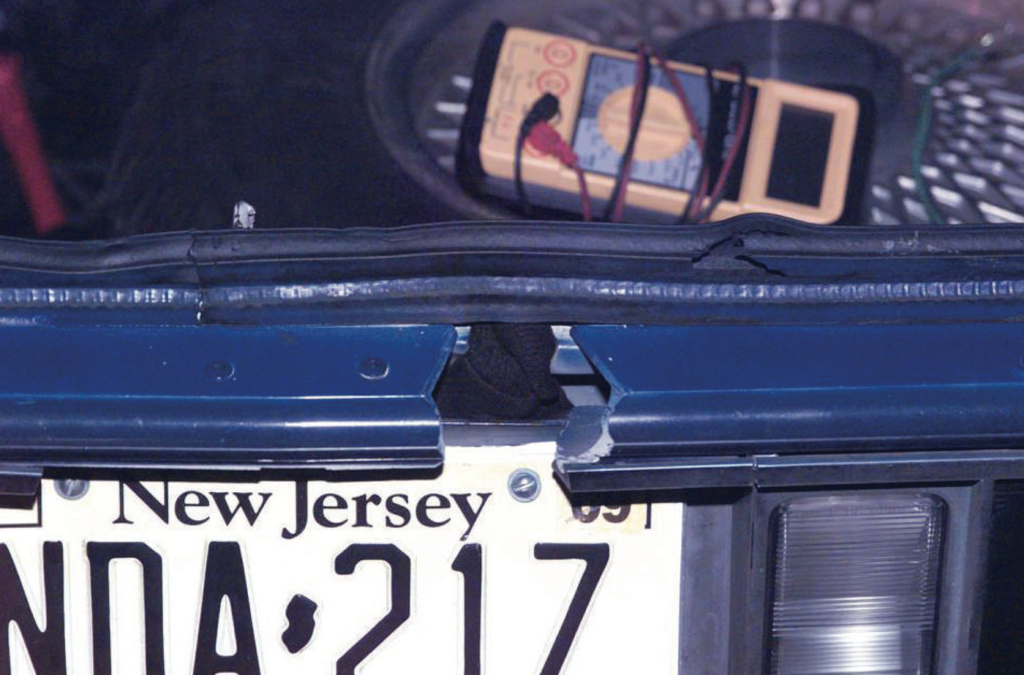 Hole in the trunk of the D.C. sniper’s car used to shoot victims. — FBI

James Martin was shot and killed, in the first of what would become a series of sniper shootings in Montgomery County, Maryland. The shootings would then spread to Virginia before John Allen Muhammad, and Lee Boyd Malvo were apprehended on October 24th, 2002.