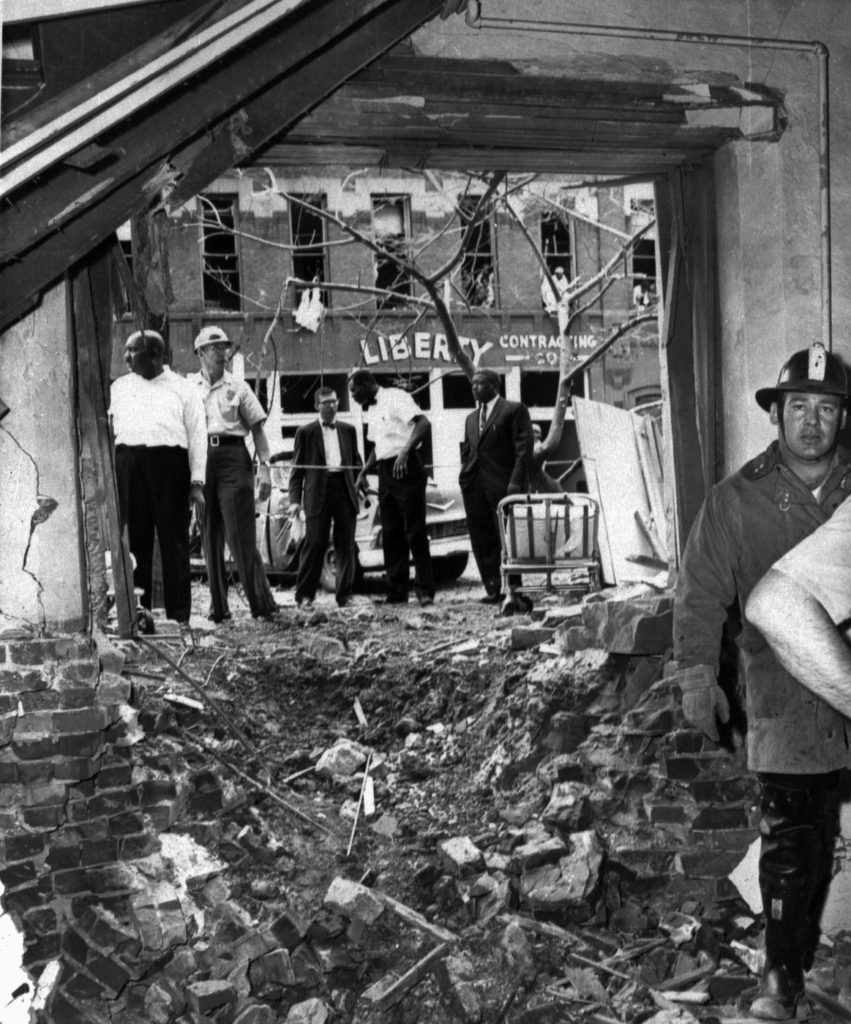 (Credit: FBI) The crater and other damage caused by the bombing of the Sixteenth Street Baptist Church.

A dynamite bomb exploded in the back stairwell of the downtown Sixteenth Street Baptist Church in Birmingham, Alabama. The church was well-known as a key civil rights meeting place, so the incident was easily classified as an act of racial hatred. With a lack of evidence, the case remained unsolved until the mid 1990s when Director Hoover overruled his staff and made wiretaps and transcripts available to the Justice Department.— FBI