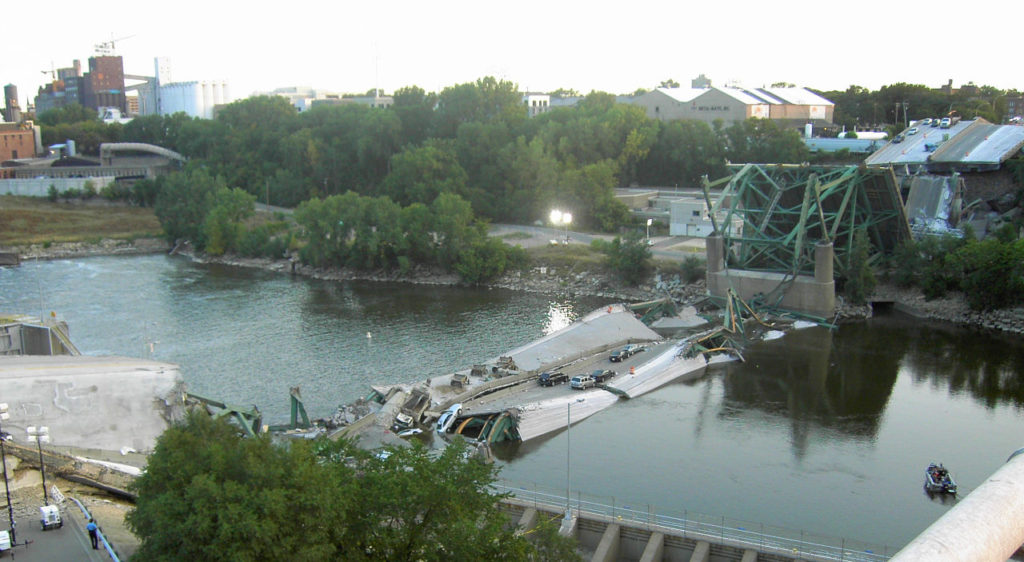 (Credit: Clindberg/Flikr user) The scene at the I-35W Mississippi River Bridge, the first morning after its collapse.

The eight-lane bridge over the Mississippi River in Minneapolis, MN collapsed during rush-hour traffic, sending 120 vehicles plummeting. After the official investigation, it was revealed that a flaw in the structural design of the 40-year old bridge was the cause of the collapse. People and vehicles fell either into the river, onto the banks, or onto the multiple surfaces of the broken bridge. Subsequently, federal and local governments have increased bridge safety in hopes of preventing another such occurrence.—(FEMA)