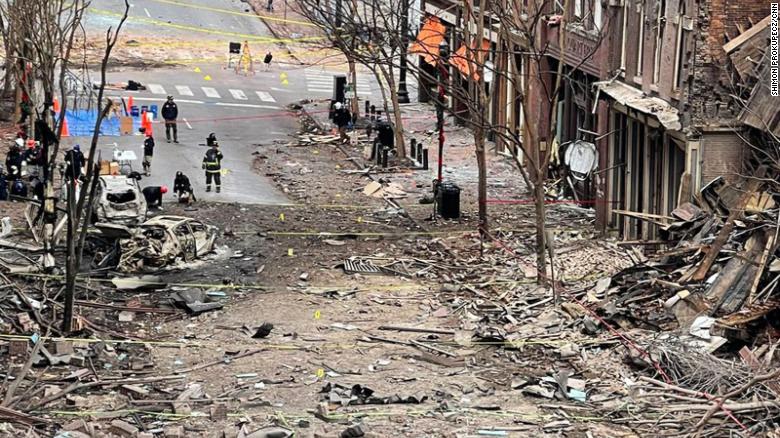 Early on the morning of December 25, 2020, around 6:30 am, an explosion shook downtown Nashville, TN. A recreational vehicle that had been armed with the explosive was parked outside an AT&T transmission building when it began broadcasting a computerized female voice. The transmission repeatedly warned that people should evacuate; that a bomb would explode. Police evacuated the surrounding areas before the bomb detonated.

Authorities identified the bomber as 63-year-old Anthony Quinn Warner, who was the only known fatality of the bombing. An investigation is still underway for a possible motive, but the director of the Tennessee Bureau of Investigation, David Raush stated, “It does appear that the intent was more destruction than death.” Communication systems throughout the area were disrupted, including 911 services, widespread cell phone service outages, and a loss of communication to air towers, which temporarily grounded all flights at Nashville International Airport. (NBC News)

Three people were hospitalized with injuries but were all released after treatment.