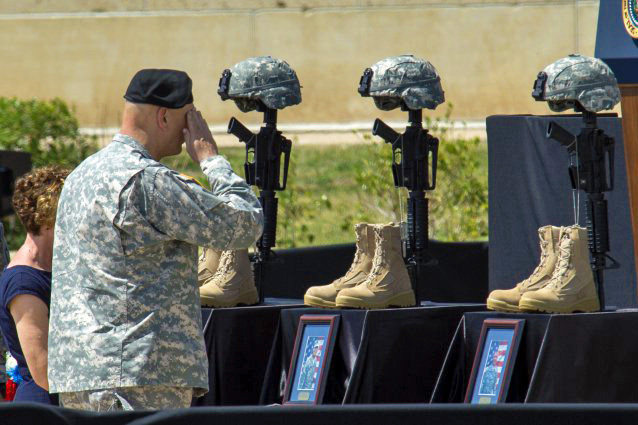 “Ivan Antonio Lopez-Lopez, 34, armed with a handgun, began shooting inside an administrative office on the Fort Hood Army Base in Texas. The active-duty soldier then moved (sometimes on foot, other times in a vehicle) from one location to another, firing inside and outside buildings. Three soldiers were killed; 12 were wounded. The shooter committed suicide after being confronted by a military law enforcement officer.”  — FBI, Active Shooter Incidents