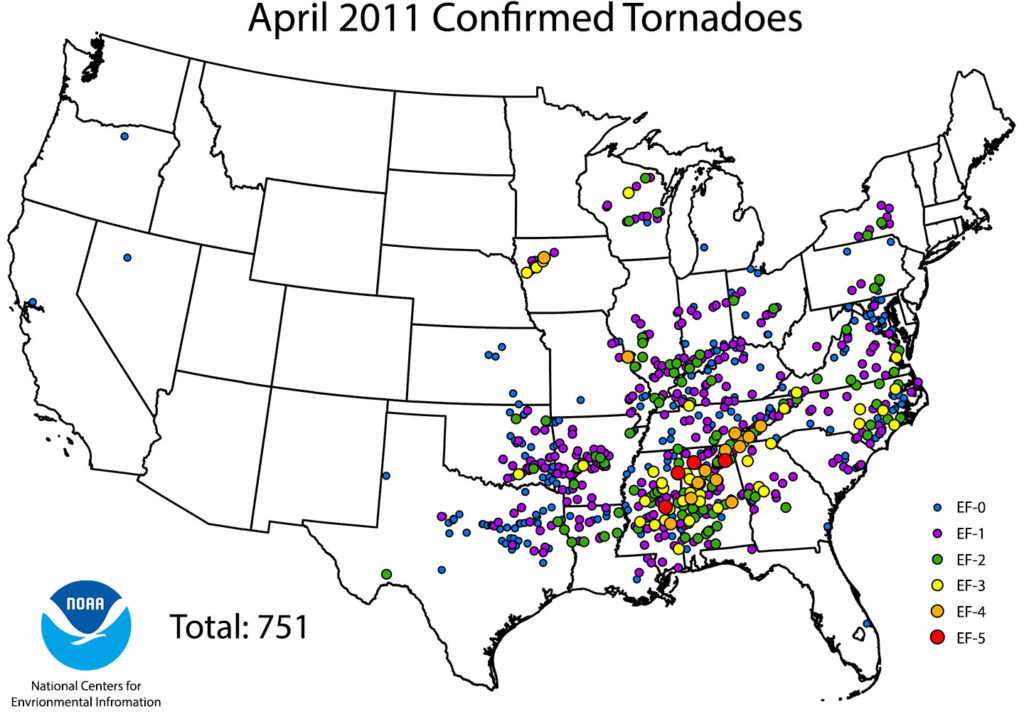 Over the course of four days, an outbreak of 362 confirmed tornadoes occurred over the central and southern states, surpassing the previous record for all of April by nearly 100, but also accounting for almost half of the confirmed tornadoes during the month. (On This Day: 2011 Tornado Super Outbreak). The deadliest tornado of the outbreak, an EF-5, hit northern Alabama, killing 78 people. Several major metropolitan areas were directly impacted by strong tornadoes including Tuscaloosa, Birmingham, and Huntsville in Alabama and Chattanooga, Tennessee, causing the estimated damage costs to soar. — NOAA: Billion-Dollar Weather and Climate Disasters