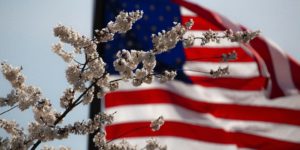 The Triangle Center on Terrorism and Homeland Security at Duke University’s Sanford School of Public Policy released the eleventh annual report on Muslim-American Involvement with Violent Extremism, 2001-2019. Each year, the reports cover data on Muslim-American terrorism suspects and perpetrators in relation to previous years.

In 2019, the report indicates 24 Muslim-Americans associated with violent extremism, including two people who engaged in violence resulting in no serious injuries. Twelve of the 24 cases represented individuals seeking to support extremism overseas and ten cases involved failed plots to target the United States. A significant proportion of plots was disrupted due to Muslim and non-Muslim community members’ alerts, as well as the suspects’ own statements on social media.

Significantly, the report underscores a number of points:

Furthermore, the report does not support counterterrorism officials’ concerns about rapid radicalization. Instead, new data shows lengthening of time between radicalization and attempts at violence. As such, the report’s author, Prof. Charles Kurzman suggests, “[t]his evidence suggests that radicalization rarely leads to violence overnight.” Consequently, while the threat of homegrown violent extremism remains to be of concern, it is clearly a “low-volume, manageable threat.”