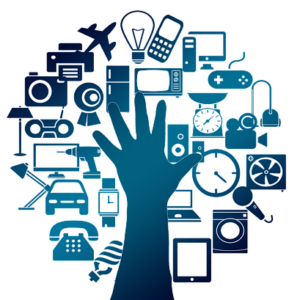 In wake of the 2016 U.S. presidential election, the term “fake news” has become ubiquitous.  Major social media platforms such as Reddit, Facebook, and Twitter have been criticized and reprimanded by some for publishing “news” that was, in fact, paid content with little basis in reality.  A study by the Pew Research Center released in May 2016 indicated that overall, 62% of adult social media users get news from the social media sites they use.  The most popular social media sites, such as Reddit, Facebook, and Twitter had a majority of users who accessed news from the platforms; 70% of Reddit users got news on the site, and that percentage was similar for Facebook users (66%) and Twitter users (59%).  Clearly, these platforms are key to news consumption, and have the power to dictate what users do and do not read about the news, which makes the “fake news” trend that much more concerning.  But where does the “fake news” come from?

Clearly, “fake news” has a variety of sources, and in a study that is the first of its kind, entitled Troops, Trolls and Troublemakers: A Global Inventory of Organized Social Media Manipulation, Samantha Bradshaw and Philip Howard of Oxford compile a “comprehensive inventory of the major organizations behind social media manipulation.”  They explain that cyber troops, which are, “government, military or political party teams committed to manipulating public opinion over social media,” are, in fact, a “pervasive and global phenomenon.”  According to Bradshaw and Howard, “the earliest reports of organized social media manipulation emerged in 2010,” and as of 2017, “there are details on such organizations in 28 countries.”

Howard and Bradshaw explain that these cyber troops are often significant in quantity and deployed against both domestic and foreign publics, and that, “while every authoritarian regime has social media campaigns targeting their own populations,” democracies are also quite skilled at such campaigns.  In fact, “the earliest reports of government involvement in nudging public opinion involve democracies, and new innovations in political communication technologies often come from political parties and arise during high‐profile elections.”  While political-party-supported campaigns in democracies tend to target domestic voters, in general, cyber troops working on behalf of democracies focus on organizing social media campaigns targeting foreign publics, while cyber troops working on behalf of authoritarian regimes tend to target their domestic public.

The way that cyber troops are deployed on behalf of governments has also changed over time, note Bradshaw and Howard.  Whereas cyber troops used to involve, “military units that experiment with manipulating public opinion over social media networks,” they are now increasingly coming from, “strategic communication firms that take contracts from governments for social media campaigns.”  This gives any government that chooses to utilize cyber troops a degree of plausible deniability, which is clearly advantageous.

In this comprehensive working paper, Bradshaw and Howard not only outline their findings regarding cyber troops, their deployment, and their target audience, but also:

report on specific organizations created, often with public money, to help define and manage what is in the best interest of the public, […] compare such organizations across 28 countries, and inventory them according to the kinds of messages, valences and communication strategies used, […] catalogue their organizational forms and evaluate their capacities in terms of budgets and staffing, […] [and] summarize the findings of the first comprehensive inventory of the major organizations behind social media manipulation.

The paper is clearly a comprehensive one in both subject and methodology, and could inform future studies on this emerging issue, which will undoubtedly continue to manifest throughout the 21st century.  As social media continues to expand and provide near instant access to information from around the world, it will become harder and harder to discern what is grounded in fact and what is not, particularly if governments, political parties, and militaries have a vested interest in, “defin[ing] and manag[ing] what is in the best interest of the public.”

For more information on national security issues in cyberspace, check out the Homeland Security Digital Library Featured Topics that may be of interest, such as Cyber Crime & National Security, Cyber Infrastructure Protection, and Cyber Policy.  Also check out the Featured Topic: Social Media Use in Emergencies, which provides resources regarding the potential benefits of social media usage during emergencies.