The Human Aspect of Bankrolling Terror 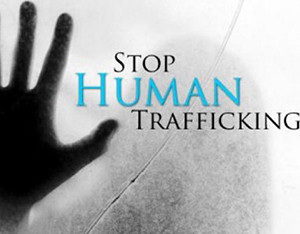 The Henry Jackson Society has released a report detailing the previously unexplored intersection of sexual violence and human trafficking as means of financial gain for terrorism, and specifically for the Islamic State (IS) and Boko Haram. In “Trafficking Terror: How Modern Slavery and Sexual Violence Fund Terrorism“, the curtain is pulled back on the new tactics used by terrorists to bolster their cash flow. According to the report’s author, Nikita Malik, in the press release, “the international community must recognise and address the nexus between this criminality and security. Historical revenue streams, including taxation and oil sales, to groups such as Islamic State and Boko Haram are decreasing. These are being replaced with hostage-taking and ransom efforts, meaning modern day slavery may increase as Daesh struggles to sustain its financial reserves.”

From human trafficking marketplaces in Libya, to the systematic normalization of ideological-based sexual violence, the threat of terror is increasing, especially for women in Syria, Iraq, Nigeria, and Libya, as the human body becomes the latest and most valuable currency. Malik’s report lays out empirical evidence, citing that IS profited more than $100,000 on only 16 ransom payments. Moreover, as seen in the corresponding infographic, it is estimated that IS earned $10-30 million in revenue in 2016 as a result of kidnapping. The research points to four new routes in which the “trafficking-terrorism nexus” has burgeoned: Italy (from Nigeria-Niger-Libya), Spain (from Nigeria-Mali-Algeria), Greece (from Syria or Iraq-Turkey) and the new Black Sea Route.

Yet, the report is not meant to entirely be an exposé of the depraved human component of terrorist activities. Malik proposes concrete policy recommendations for the British government. Creating an International Legal Task Force, which collaborates with NGOs (non-governmental organizations) and other members of the private sector, would provide the foundation for bridging the gap on the lack of availability and consistency of data and information regarding the trafficking-terrorism nexus, and the financial dynamic of this relationship. Amending both the Modern Slavery Act 2015 and Terrorism Act of 2006 would also provide a more rigorous legal framework in which to not only prosecute British fighters of IS who have used sexual violence as a tactic of terrorism, but also to charge those who facilitate human trafficking as aiding and abetting terrorism. So far, the report has been well-received by many Members of Parliament.