The Curious Case of Nidal Hasan: The Lone Wolf Shooter

On November 5th, 2009, Nidal Hassan became infamous for his attacks at Ft. Hood, Texas. After declaring his allegiance to the Islamic State of Syria and the Levant (ISIS), Hassan began shooting into a densely packed building on the Ft. Hood military base. Hassan aimed with the intention of killing as many U.S. soldiers as possible 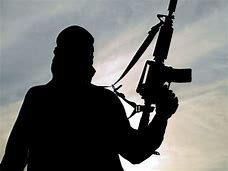 creating one of the deadliest shootings on a military base in American history. In a report released by the George Washington Program on Extremism, author and Research Associate in Middle East Studies at the Council on Foreign Relations, Katharine Poppe conducts a case study on Nidal Hassan’s process of radicalization.

Much of Hassan’s radicalization was a result of his conversations with notorious Yemeni-American cleric and al-Qaeda leader Anwar al-Awlaki. As this report further analyses those conversations, we begin to understand the radicalization process and the mindset behind it. Lone wolf terrorism is of particular interest given its random nature and its deadly consequences.

If you would like to learn more about lone wolf terrorism, visit the Homeland Security Digital Library’s Featured Topics. Or if you need help finding additional resources, Ask one of our librarians for assistance!