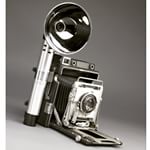 The House of Representatives’ Committee on Homeland Security Committee released the 2016 Terror Threat Snapshot, a monthly newsletter focusing on data and the statistics regarding terrorism. This issue illustrates ISIS (Islamic State of Iraq and Syria) and the related arrests happening in the United States, homegrown jihadist cases, the converts who travel to become ISIS fighters (Western fighters travelling to conflict zones in order to support ISIS (6,900 people), and European fighters (1,900 people) travelling to conflict zones to support ISIS and travel back to Europe).

The Homeland Security Committee’s research states that there have been “[Eight] people arrested in [seven] states for [four] types of acts: Attack plots/threats, overseas travel, lying to authorities, and weapons charges.” Since 2014, there have been 83 arrests that are “ISIS-linked.”

The following link connects to a HSDL search for Terrorism and Threats.

Featured Topic Lists corresponding to this Snapshot include: