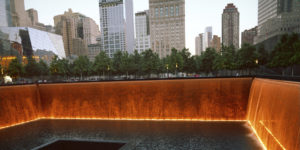 The Task Force on Extremism in Fragile States, convened in April 2018 by the United States Institute of Peace, has released its first report on the spread of extremism in fragile states, located primarily in the Middle East, the Horn of Africa, and the Sahel. Titled “Beyond the Homeland: Protecting America from Extremism in Fragile States,” this interim report answers the 9/11 Commission’s call for the United States to adopt a preventive national security strategy in combating violent extremist groups. Given the pervasive nature of these groups, the report suggests working towards strengthening fragile states so as to “mitigate the conditions that enable extremist ideologies to take root, spread, and thrive.”

The report concludes with a proposal for a comprehensive preventative strategy that will target both the conditions and the actors that fuel violent extremism; focus on alleviating real and perceived injustice; foster political inclusion; curb the spread and appeal of extremist ideology; and contain the spread of extremist groups. Furthermore, the report calls for a greater unity of U.S. efforts, as well as stronger international collaboration, in order to “maximize the impact of diplomacy, development, and defense.”

The Task Force is scheduled to release a detailed strategic plan in early 2019.

The HSDL offers many additional resources related to the subject of national security. Visit the Featured Topics for more on Global Terrorism. Please note: HSDL login is required to view some of these resources.