Tactics and Tropes of the Internet Research Agency 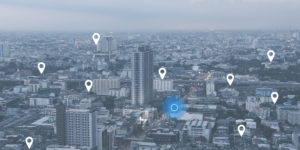 New Knowledge, an organization dedicated to defending public discourse and tracking disinformation operations, has released The Tactics & Tropes of the Internet Research Agency. This comprehensive report used social medial posts and metadata provided by Facebook, Twitter, and Alphabet (Google’s parent company) to quantify and contextualize the extent of the Russian influence campaign conducted by the Internet Research Agency (IRA). The report, accompanied by a slide deck, provides visual networks of the “media ecosystems” created by links and shares, data analysis infographics, and examples of IRA memes.

Some of the key observations noted in the report include:

The conclusion of the whitepaper notes that while the stakes for disinformation operations has continued to increase, frameworks for addressing the problem have remained static. New Knowledge recommends further research on the extent and impact of repeated exposure to this propaganda, as well as a “multi-stakeholder model in which researchers, tech platforms, and government work together to detect foreign influence operations that attempt to undercut public discourse and democracy.” Collaboration is essential to combating this comprehensive and active threat to American democracy.

For more information on this issue, please visit the HSDL featured topics on cyber crime and national security, and cyber policy. Please Note: An HSDL account may be required to view some resources.