Sticks and Stones: Rebuilding After the 2017 Hurricane Season 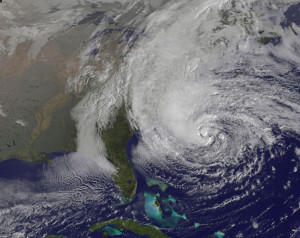 With more than an entire month left in this year’s hurricane season, and a staggering number of people still trying to recover from recent catastrophic damage in several U.S. states and territories, many are wondering what the future looks like. In the Center for American Progress report, “Safe, Strong, and Just Rebuilding After Hurricanes Harvey, Irma, and Maria: A Policy Road Map for Congress“, the authors cast an eye to the horizon on how the United States can build back better. With damages from Harvey and Irma reportedly at $290 billion, and years of time to recover, what is the best way to build back better? The authors’ four priorities for the Congressional road map tap into the lessons learned from Hurricane Katrina and Superstorm Sandy to provide a way forward:

2.) Update and use flood risk data – The report claims that many FEMA flood maps are either out of date or inaccurate, and do not account for climate change. According to the report, “About 40 percent of homes damaged by Hurricane Harvey were located outside the 100-year floodplain – the area designated by FEMA to have a 1-in-100 chance of flooding in any one year. What’s more, from 1999 to 2009, some 75 percent of flood damage in parts of the Houston area occurred outside the FEMA 100-year floodplain.” The data points to not just one failure, but a continuing, systematic failure in our national hurricane and flood preparedness and response.

3.) Prioritize communities and support homeowners – Low- and moderate-income households and communities are the most at-risk of all. Affordable housing must be prioritized, and rebuilt quickly, in order to both preserve and expand a healthy rental market, one in which families who rely on subsidized housing are not literally left out in the cold. Congress could also enact regulations in which mortgage payments could be suspended for a period of time in the aftermath of a natural disaster, which would aid homeowners in recovery and increase stability in an uncertain housing market.  Moreover, the EPA and a revamped Environmental Justice Office could provide protection from environmental and public health threats, as well as gross negligence from non-compliant companies.

4.) Plan Ahead – It seems simple enough, but the question is how can the U.S. effectively plan ahead. The report suggests expanding FEMA’s Pre-Disaster Mitigation Grant Program, which provides funding to implement long-term plans for extreme weather preparedness.  From elevating at-risk homes from the dangers of flooding, stormproofing community institutions like schools, hospitals and water facilities, the PDM Grant Program decreases extreme weather  and disaster vulnerability. Effective risk mitigation would be a game-changer, and other strategies such as establishing a deductible for federal disaster assistance and assisting families who voluntarily move from at-risk flood areas, would reduce the level of disaster seen in recent years.

The bottom line is painfully simple. “According to The Pew Charitable Trusts, ‘From 2005 to 2014, the federal government spent $277.6 billion on disaster assistance, while FEMA designated less than $600 million toward its primary pre-disaster mitigation program.’ In other words, Congress has spent 460 times more on disaster recovery than on actions to reduce disaster risks and costs before catastrophe strikes.”